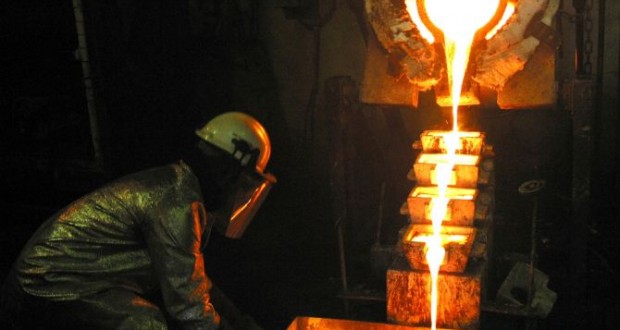 The 2017 Resource Governance Index released by the Natural Resource Governance Institute (NRGI) has revealed that revenue management is the weakest element in the governance of Ghana’s mining sector.
The index data published in London, last week, said even though Ghana’s favourable enabling environment had provided a good foundation for resource governance in the sector, its revenue management in the mining sector remains unsatisfactory. “Ghana performs poorly and ranks 23rd among 33 country assessments of sub-national revenue sharing mechanisms. Rules for sharing mineral revenues via the Mineral Development Fund are clear, but disclosures of revenues shared are not timely or audited,” the report stated. The cross-country study of extractives governance, by the Institute is the most comprehensive of its kind to date. The report is based on new research into how countries’ governance affects their potential to realise value and manage revenues from their resources. It also incorporates existing assessments of countries’ “enabling environments”—a measure of how well citizens can access and use information, freely work together to voice their concerns and hold their governments to account, and of the quality of institutions in the areas of administration, rule of law and corruption control. The report also disclosed that “Ghana also does not have an open data portal providing key mining sector datasets,” adding that Ghana’s score of 36 of 100 in national budgeting results from the absence of numerical fiscal rules setting a binding constraint on overall public finances. According to NRGI, Ghana’s mining sector performs satisfactorily in the value realisation component; however, performance within this component is variable, ranging from poor governance of state-owned enterprises (SOE) to satisfactory performance in taxation and management of local impact. On licensing, the report said Ghana’s mining sector outperformed most neighbouring countries in sub-Saharan Africa, ranking fifth among 31 assessments, with a score of 62 of 100 points. It explained that the country’s Minerals Commission grants licenses on a first-come, first-served basis, recalling that the Commission in 2016 launched an online minerals cadaster administration system through which companies could view and apply for licenses. “The Ghanaian government could address questions over mining companies’ tax obligations and environmental responsibilities by requiring and enforcing disclosure of mining development agreements, some of which are governed by stabilisation clauses,” the report recommended. Commenting on the revelations, economist with the Ghana Oil and Gas for Inclusive Growth (GOGIC), Mr Samuel Bekoe attributed Ghana’s poor performance in the management of its mining revenues to the absence of a revenue management law as obtains in the oil and gas sector. “We don’t have any revenue management law in the mining sector so all monies go into the Consolidated Fund,” he said. According to Mr Bekoe, although Ghana now has a new Minerals Development Fund law, “the law only helps with distribution of the revenues but about 80 percent of the revenues go into the Consolidated Fund.” How mining revenues are utilised cannot be monitored appropriately and known because of the absence of a law, he added. Government, Mr Bekoe noted had acknowledged the challenges with revenue management in that sector and was working with the support of civil society to get a law in place. He recommended a combined natural revenue management law that will oversee revenue management in all three sectors-mining, oil and gas.
Send your news stories to newsghana101@gmail.com Follow News Ghana on Google News

Danny Lampo Hangs Out With Some Top Entertainment Personalities In London

Black Sherif delivers masterclass performance at the KOKO in London