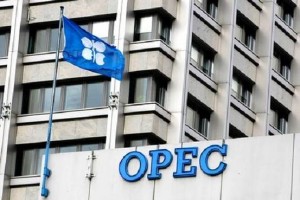 Representatives from five OPEC and non-OPEC countries on Sunday held their inaugural joint meeting in Vienna and agreed measures to monitor output cuts.

The attendees at the Joint OPEC-Non-OPEC Ministerial Monitoring Committee (JMMC) discussed the implementation of the Declaration of Cooperation signed by the 13 OPEC and 11 non-OPEC member countries in December, that subsequently came into effect on Jan. 1, OPEC said in a statement.

Among the issues on the agenda were the discussion of voluntary production adjustments, which targets a combined oil production of 1.8 million barrels a day, it said.

The JMMC further agreed on a number of stipulations, such as a production data report to be presented at the OPEC secretariat in Vienna each month, as well as the issuance of a monthly press release on the progress of the implementation of the production adjustment, OPEC said.

The JMMC is comprised of three OPEC member countries of Algeria, Kuwait, and Venezuela, as well as the two non-OPEC countries of Russia and Oman.

The Declaration of Cooperation is to run for six months, with the option of a further six-month extension also possible. Enditem

Nana Akufo Addo wants to blame IMF for the Cuts