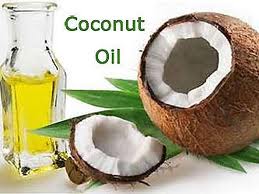 Nana Awusa the Second, Queen-mother of Axim Brewer in the Elembele District of the Western Region, has appealed to government to assist members of Azuleloum Oil Makers Association, to acquire state ?of- the -art machines and grinders to improve on the quality of their products. She said Malaysia had been able to manufacture state-of-the-art machines and grinders for the coconut oil production sector in that country which had helped to transform the quality of their oil production.

In an interview with the Ghana News Agency on Wednesday during a technology fair organised by the Skills Development Fund (SDF) of the Council for Technical and Vocational Education and Training (COTVET), she said the Association was using just one of such machines, owned by the Council for Scientific and Industrial Research (CSIR).

She said with the assistance of CSIR, the Association had been able to transform the colour of the coconut oil they produce from yellow to virgin white, which has been proved to treat diabetes, blood pressure and other diseases.

?If we are able to get these sophisticated machines, we can also process the chaff from these coconuts into feeds for pigs,? she added.

Mr Prince Obeng, Research Assistant, Technology Research and Innovation Centre(TRIC), Ghana Telecom University College (GTUC), appealed to people who had come out with technological inventions but did not have funding, to visit TRIC, located at the University, for the needed assistance.

He said TRIC, which was established in January 2014 by the Skills Development Fund of COTVET, was meant to assist students and innovative people to bring their ideas into reality for the benefit of society.

?The Centre scouts students? projects which are viable, and with the needed support and funding, helps them to let their ideas materialise,? he said.

The SDF, managed by COTVET, which was started with a 6- million-dollar funding from the World Bank and DANIDA, aims at providing financial support to the private sector to enable firms upgrade the skills of their employees, and acquire innovative technology that promote production efficiency and competitiveness.

The fair showcased the activities and works of selected SDF beneficiaries, which included metal and fabrication works, beauty and cosmetics, textiles, agro-processing, tourism and hospitality, building and constructions, manufacturing, among others.