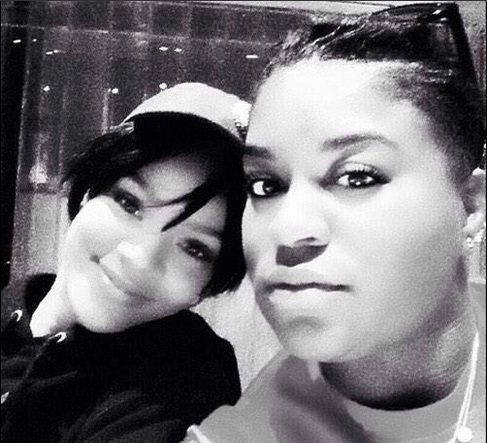 For the past few weeks Rihanna has been constantly photographed going to the studio to serve her loyal fans with some quality music. But what happened last night will make the Navy go entirely crazy ?. Singer-songwriter Ester Dean posted a cute photo of Rihanna and Rap queen, Nicki Minaj in studio(picture shown above).  Check out a photo of Nicki Minaj and Ester Dean in studio after the jump.. Rihanna is gearing up for the release of her forthcoming eighth studio album. The highly-anticipated album has been monikered #R8 by fans. According to the grapevine the lead single of the project will drop early October.

We are eagerly anticipating whatever music Nicki and Rihanna making.We ouldn?t be surprised if it becomes a huge hit because these are two of the best females in the game. Beyonce, Rihanna and Nicki Minaj are the music trinity of this generation.

Watch Eazzy and Shatta wale in studio for new collabo