Mr Frank Ofori Appiah-Korang, the President of the Rotary Club of Accra, Achimota has said Rotary and its international partners have renewed their commitment to ending poliomyelitis in the world.

He said it has been the major objective of Rotary International and Rotary Foundation that the world becomes polio-free.

In this direction, together with the late Nelson Mandela jump-start Africa’s commitment to polio eradication with the launch of “Kick Polio Out Campaign” in 1996.

“Since then nine billion doses of oral polio vaccine have been provided averting an estimated 1.8 million cases of wild poliovirus on the continent,” he said.

Mr Appiah-Korang made the remarks in an interview with the Ghana News Agency during the launch of polio immunization by the Okaikoi North Municipal Assembly in Accra.

He said the success of end polio now campaign had proved that with strong commitment, coordination and perseverance polio eradication was possible.

“To make the entire world safe from polio, it is critical to vaccinate every child and strengthen routine immunization,” Mr Appiah-Korang said, adding that there were still pockets of children who were not getting the polio vaccine which could lead to outbreaks.

The President said Rotarians had contributed nearly a billion US dollars towards polio eradication efforts in the African region alone and 1.8 billion dollars globally. 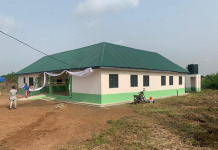 Agbodzah dreams of making Adaklu hub for health and education 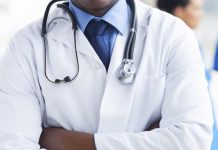