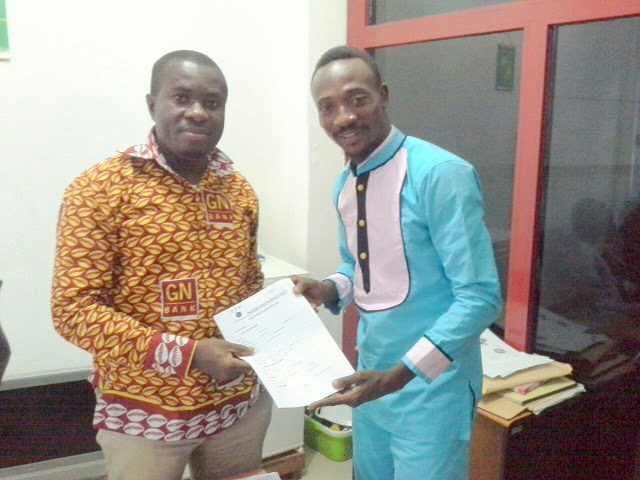 The comedian confirmed his candidacy in standing for the parliamentary seat on the ticket of the PPP after his campaign poster art work went viral on social media.

The Progressive Peoples Party (PPP) parliamentary primaries is definitely going to be entertaining as hilarious actor Abraham Kofi Davies aka Salinko is seeking a parliamentary seat on the ticket of the party.

According to seancitygh.com, some influential personalities in Party and party supporters called on the actor/cum comedian to contest for the MP slot on November 7, 2016, General Election.

Our sources revealed that the ambition for the party is to gain popularity and poll votes in that area so is likely the actor may go unopposed.

Popular Kumawood Comic Actor Abraham Kofi Davis commonly known as Rev. Salinko born, 1979 happen to be one of the multi-talented actors in Ghana.

The Actor who begun his acting carrier 9 years ago has been starring in countless movies in Ghana.

He has his own production house ABDAVE PRODUCTION producers of Bantama Kwasi Boakye a TV series on GTV and Metro TV. The comic actor through his ‘Salinko Help The Needy’ has been visited organizations to solicit for money to help the needy.

Salinko is a married man with two kids’, His wife Nancy Owusu is based outside Ghana.

Abraham Kofi Davis is a native of Kwabre – Kenyase a product of Kings International School at the Kumasi Airport Roundabout and completed Secondary School at Kumasi High.