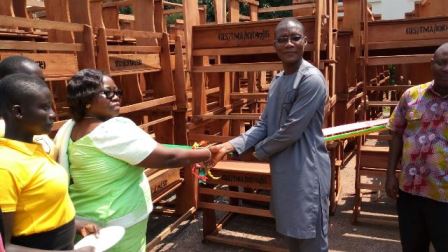 Mr Isaac Ashai Odamtten, Tema Metropolitan Chief Executive, who announced this, said while more classrooms have been provided for some of the schools, others which have less than 20 pupils in a class would be merged into one stream. 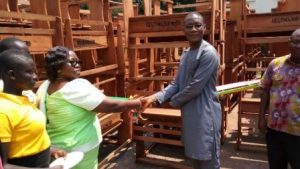 Mr Odamtten revealed this on Friday when he presented 1,000 dual desks to the Metropolitan Education Directorate to be distributed to the needy schools.

Seventeen out of the 87 public schools in the Metropolis operate the shift system due to lack of adequate infrastructure especially classrooms and furniture.

The MCE added that new school buildings constructed by the Assembly would be properly furnished by September this year to accommodate classes running shift.

He indicated that abolishing the shift system would give more contact hours to the children to learn as they would not be in a hurry to vacate the classrooms for the next session.

Having a one stream system would also check truancy among pupils who hitherto used the system as an excuse to absent themselves from school, he observed.

On school security and sanitation, the MCE stated that the Assembly would fence all the public basic schools in the Metropolis starting with six.

The schools, he said, would also receive a 240 liter bin each to improve sanitation.

Mrs Veronica Adjato-Ntem, Tema Education Director, received the desks and thanked the Assembly for its support towards improving education in the area.