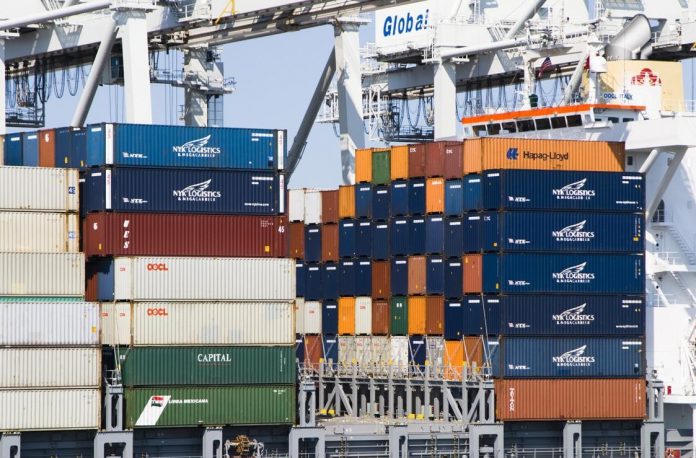 To address the trade imbalances between China and the United States, which have been the focus of the Trump administration’s trade policy toward China, both countries should carry out structural reforms rather than just narrow the trade deficit, experts from the two countries said here on Monday.

It’s the structural issues that contributed to the trade imbalances between the two countries, Zhang Yuyan, director of the Institute of World Economics and Politics under the Chinese Academy of Social Sciences, said at the U.S.-China Think Tank Symposium held in Des Moines, Iowa.

China has maintained a high savings rate during its economic expansion, while the United States consumes a large amount of global products and services and has a very low savings rate, he said.

“This kind of structural issue is one of the primary reasons behind the trade imbalance,” Zhang added.

In addition, as the global value chain develops, more and more foreign companies are investing in China, making China an important link in the chain, said Zhang.

During the 2010-2015 period, exports from foreign-owned companies in China accounted for about half of China’s total exports, according to the expert.

The United States has been concerned about the trade deficit in goods with China, while China runs a deficit in bilateral services trade, which reflects the different trade structures of the two countries, he noted.

The share of China’s current account surplus to gross domestic product has dropped to below 2 percent in 2016, compared to about 9.9 percent in 2007, according to Chinese statistics.

Changes in China’s exports and imports mainly reflected the changes in external demand as well as China’s domestic demand, said Bi, adding that trade imbalances between the two countries are mainly due to fundamental structural issues, not currency issues.

“Tracking trade deficit is misleading. All that (trade deficit) means that we in the United States consume more,” said Tori K. Whiting, a research associate at the Washington-based think tank The Heritage Foundation.

All financial flows in or out of the United States, such as imports, exports and foreign direct investment, are inter-connected, and attempts to influence one part, such as the deficit in goods trade, will have consequences for the others, said Whiting.

She estimated that if the United States seeks to impose punitive tariffs on products, such as steel and aluminum, it’s the American businesses and consumers that will get hurt.

It’s better for both sides to address economic differences, such as trade imbalances and overcapacity in China’s steel industry, through candid dialogue, said Chinese Consul General in Chicago Hong Lei.

Further opening up markets, promoting bilateral investment, and strengthening trade ties at the local level could contribute to stronger and closer economic ties between China and the United States, said Hong. Enditem