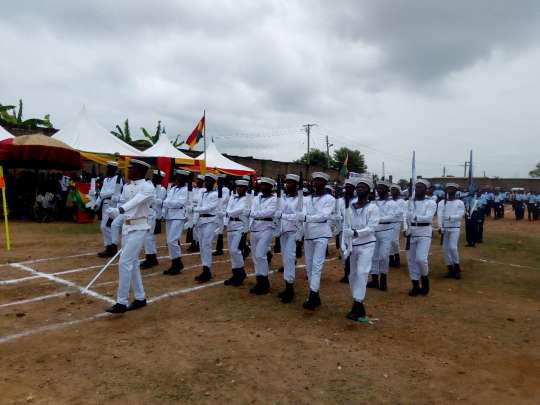 The people of Suhum in the Eastern Region and its environs were treated to some beautiful culture display during the 63rd Independence Day anniversary parade held at the Suhum Roman Park.

In attendance was the Suhum Senior High Technical School brass band which thrilled and entertained the crowd with some patriotic songs and choral music.