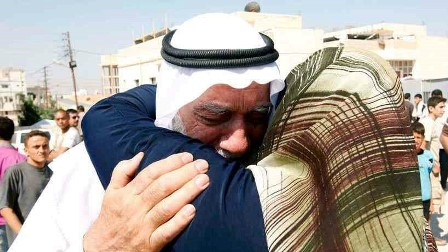 On December 19, the UN Security Council unanimously adopted the Resolution 2328 that aims to relieve the humanitarian crisis in Syria and support UN to play a coordinative role in the future. The hard-won consensus is the first one on Syrian crisis adopted by UNSC after months of disagreement. 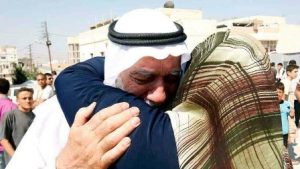 The Syrian government and opposition groups have waged a series of battles in Aleppo after the outburst of Syrian civil war. International community has paid high attention to the updates in the city, but each party held different interpretations.

Russian and Syrian governments believe that their actions have not caused large-scale bombing and siege of civilians in Aleppo, saying the liberation of the city will restore peace in the region. However, Aleppo has been described as hell by western media who claim that military actions by Syrian government have led to humanitarian crisis.

The so-called civil-defense organizations such as Syrian Observatory for Human Rights and White Helmets have been publicizing the daily death toll in the east of Aleppo, quoting the accusation from the so-called “humanitarian workers under flying bullets”.

Not long ago, a Canadian female journalist revealed the hidden side of Syrian war: The US and Western countries on one hand signed the ceasefire agreement, but assisted terrorist groups on the other hand.

They beautified terrorists in Aleppo as the “mild” opposition groups and described their mass killing as “mild” resistance. In addition, some Western media even concealed the terrorist attacks on local hospitals, claiming that the buildings were bombed by Russian air force.

Recently, Egyptian police arrested a man who made a girl pose for filming in blood-stained white dress atop the rubble with a ragged doll in her hand. The arrested man planned to upload the video onto the Internet and fake a humanitarian tragedy happened in Aleppo.

What’s worse, the offices of the above-mentioned organizations including the Observatory for Human Rights are located thousands of miles away in London, and the so-called “humanitarian workers under flying bullets” are just a group of clicktivists.

Humanitarian situation is severe in Syria after six years of turmoil. With basic consensus among members of the UNSC, the UN could have taken actions to relieve the crisis.

However, some countries had politicized the humanitarian issue and ignored other countries’ reasonable concerns. Such practice has detained measures that could have been taken by the UNSC. It was of no benefit for the relief of Syrian humanitarian crisis and hurt the authority of UNSC as well.

During the negotiation on the resolution 2328, China has adopted a constructive manner and mediated among other members of the Security Council. It called on relevant parties to meet each other halfway, striving for maximum consensus.

China’s efforts have played a positive role in the negotiation: The resolution was unanimously approved by all its 15 members of the council, which would not only relieve the humanitarian crisis in Syria, but also protect the unity and reputation of the council. The organ’s tradition to settle hot-spot issues through negotiations has been maintained, relieving the confrontation on Syrian crisis by related major countries.

UN Secretary-General’s Special Envoy for Syria Staffan de Mistura said after the approval of the resolution that the UN hopes to start a new round of peace talks on Syrian crisis in Geneva in February. It will bring a new opportunity to the political negotiation that has been halted for nearly half a year.

International community should cherish this hard-won agreement and make positive progress on Syrian crisis, bringing peace and stability to the people who had long been tortured by wars and chaos.