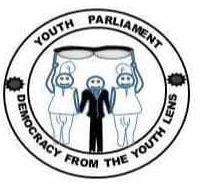 Mr Poleenaah Shaibu, the speaker of the Upper West Regional Youth Parliament (UWR-YP) has appealed to leaders to take decisions that are youth centred to enable them contribute towards national development.

He said this in a New Year message delivered to the GNA in an interview regarding the plans of UWR-YP in 2020 and to also thank duty bearers who unveiled themselves in YP house in 2019.

Mr Shaibu said the YP concept was necessary for nation building since it was a medium that was used to hold duty bearers accountable.

According to him, the youth were always exploited by politicians to engage in violet activities especially party vigilantism due to the difficulty in accessing paid jobs.

He, however, said with the inception of the YP concept nationwide, the youth were now vigilant in what they do for politicians since the concept basically rested on volunteerism and patriotism.

“The Upper West Regional Youth Parliament had plans to meet the political parties that would be cleared by the electoral commission to contest the 2020 general election to include; youth centred policies on their manifestos and I assure you that it will inform the voting direction of the youth” he said.

Mr Shaibu said “Youth Parliament is non-partisan and does not seek funding from any politician or political group because they will try to influence its activities after assisting and due to that we depend on the National Youth Authority and other CSOs who have youth, children and women development at heart for assistance”