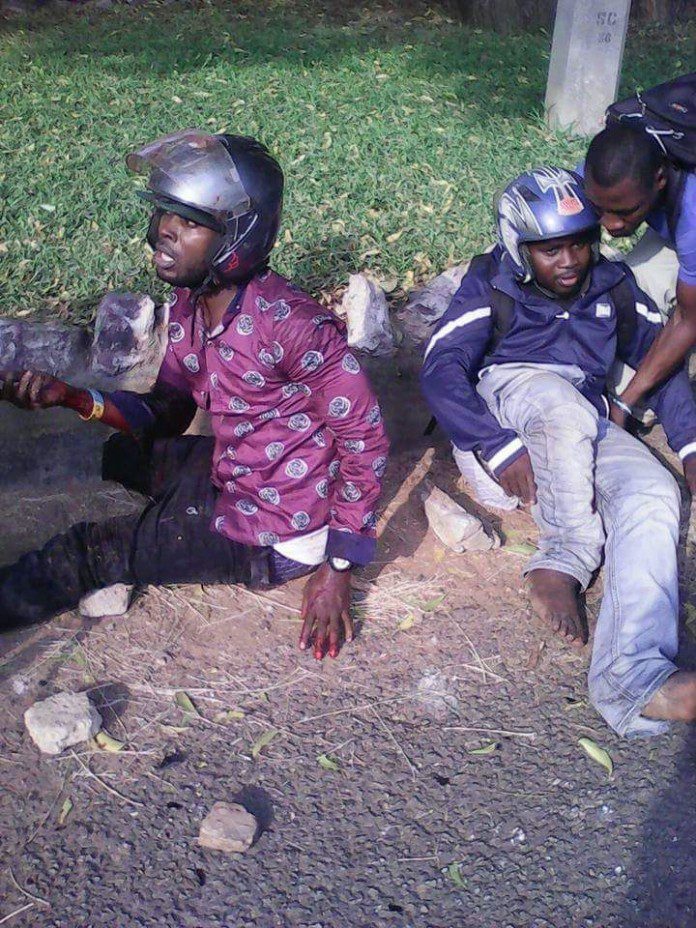 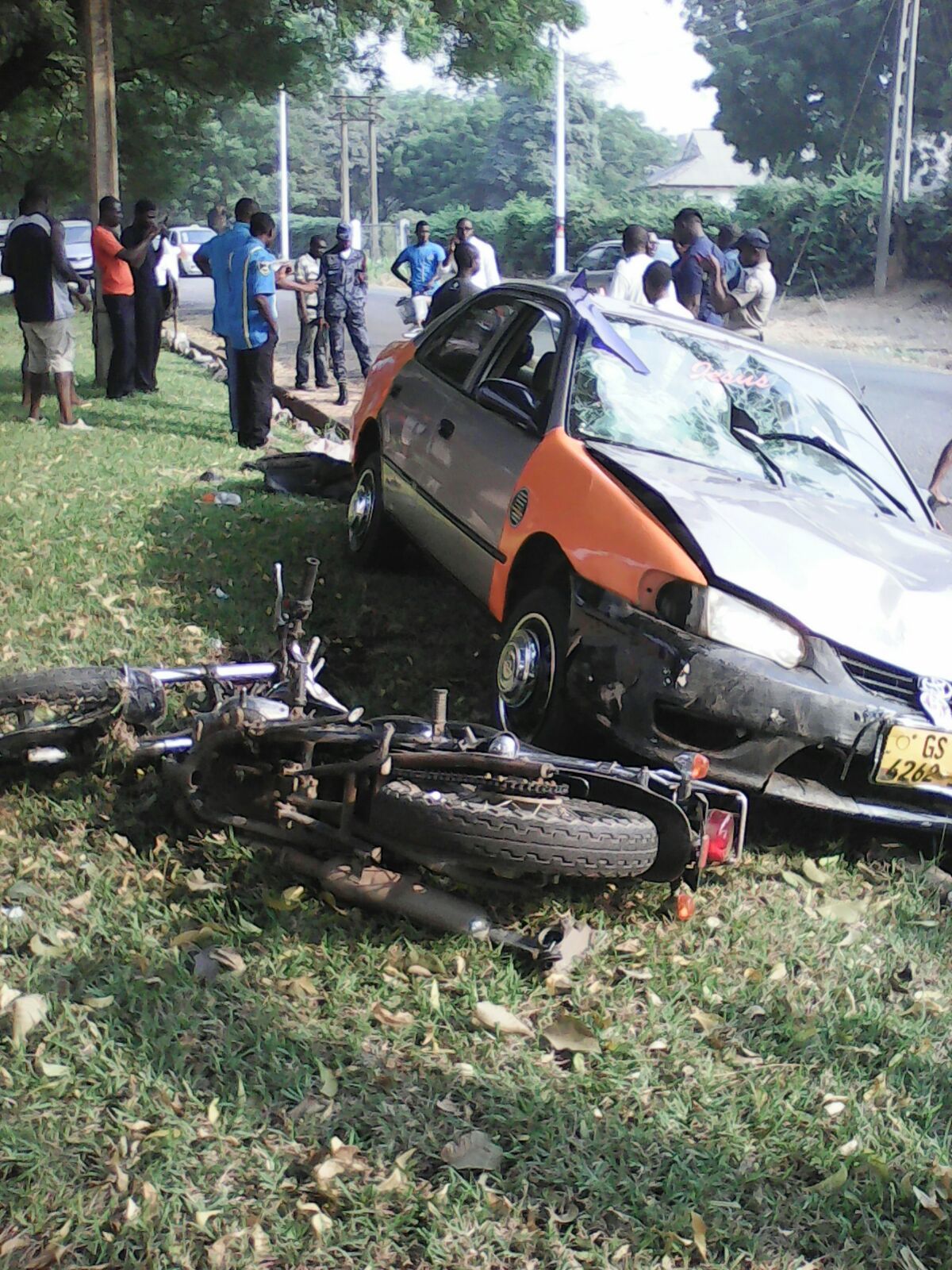 The two shot and wounded the Koala supermarket sales who was on her way to deposit some cash sum at the Bank.

However, the driver, upon seeing the two fleeing, chased after and knocked the two down, as they made their getaway on a motorbike, making them fall into a gutter and damaged his taxi in the process, ensured the robbers did not escape the law.

The two robbers whilst in the gutter kept shooting until a soldier who was driving pass got off his vehicle and assisted in the arrest of the two.

However, it took the intervention of a military officer who was driving by to intervene.

Meanwhile, the victim, who sustained gunshot wounds on the leg, is undergoing treatment at the 37 Military Hospital. 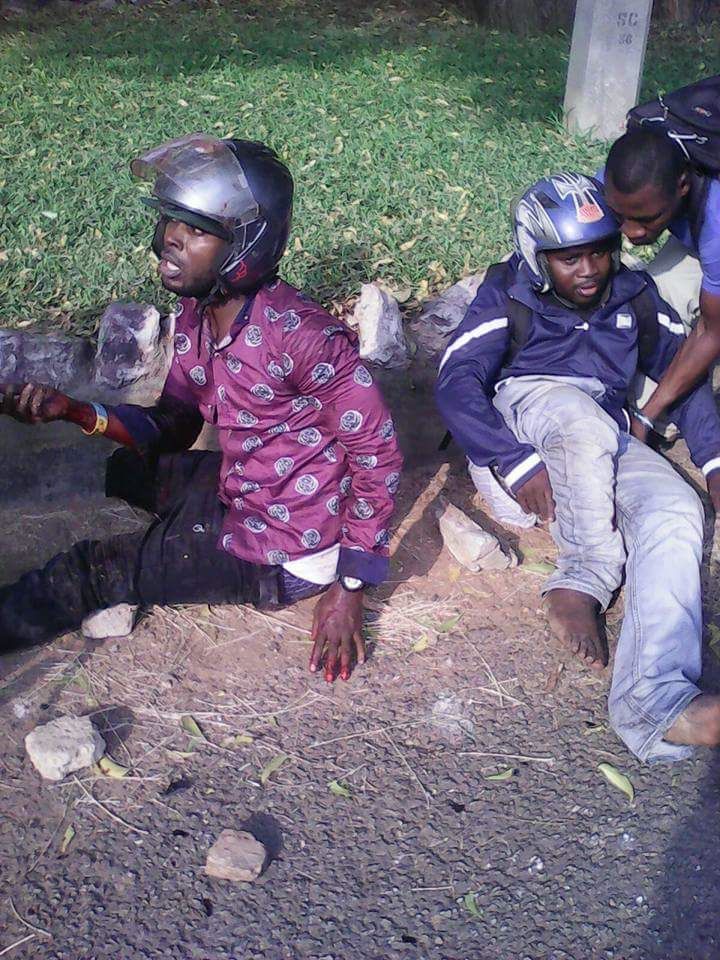 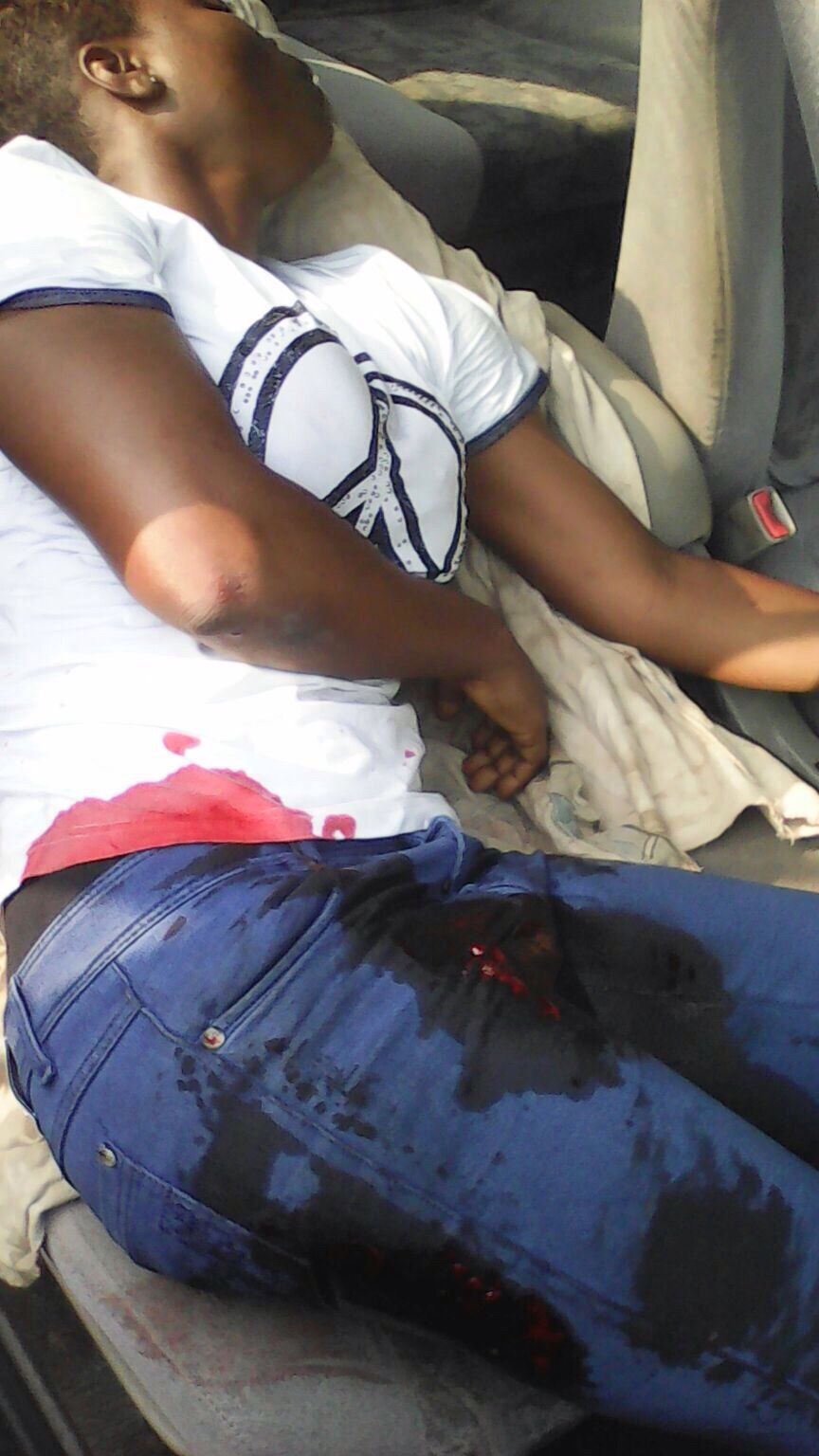 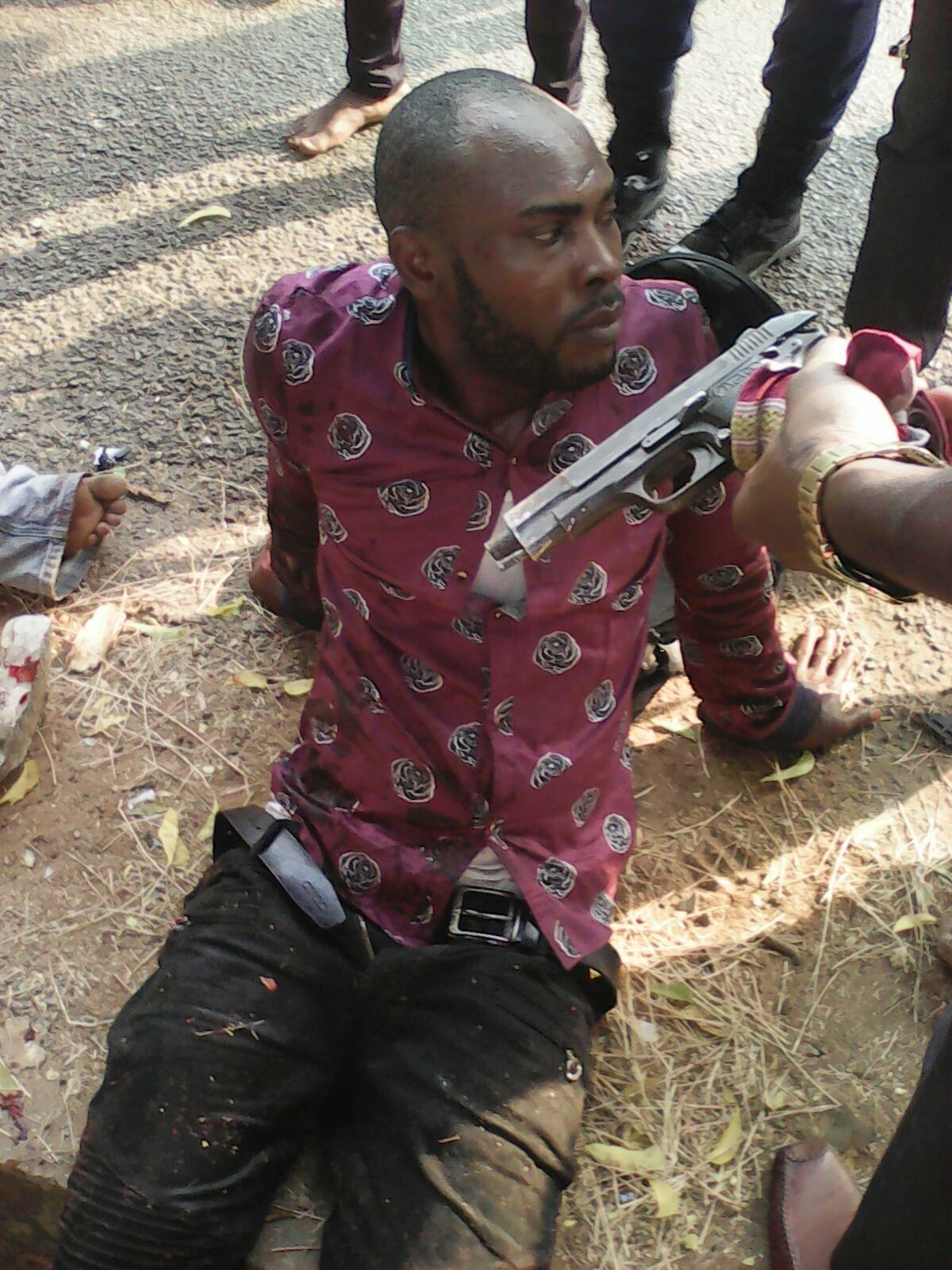