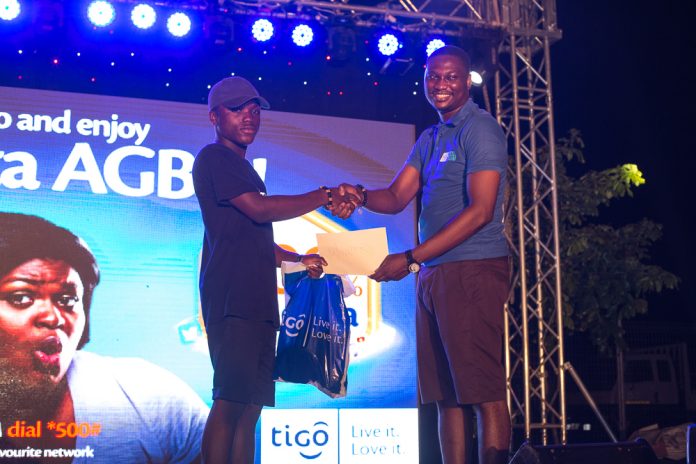 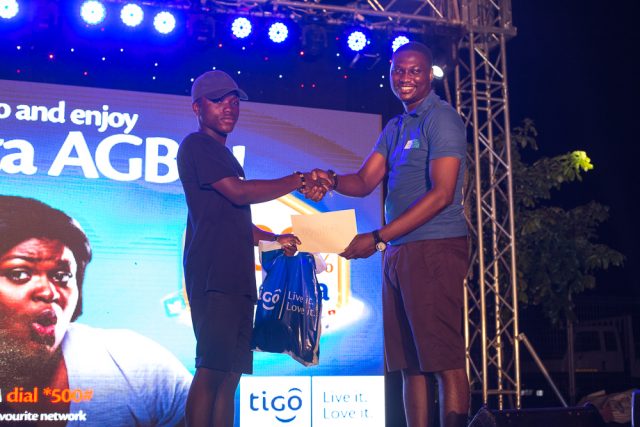 It was all fun and excitement at the Achimota retail park on Saturday as CIMG Telecom Operator of the Year, Tigo, pulled together a series of engaging and entertaining activities for customers and the public to experience the all new-improved high-speed and resilient network.
Themed the ‘Blue Light District,’ Tigo, provided free wi-fi to hundreds of patrons, created a retail goods market, indoor sporting games, and instant digital photo booths.

In partnership with Ghana eSports Association, there was also the video console game for the FIFA 2017 tournament. 64 participants played at the group stage, after which they went through the knock-out stage, quarter-finals, semi-finals and then the finals.
Frank Adotey Kpakpo, also known as ‘Wonderkid’ was the overall champion and walked away with GHS2,500. Yaw Boakye Amponsah, the first runner up, received a sum of GHS1,500 while the third and fourth positions went to Emmanuel Lawson and Kenneth Robinson Larbi, with each receiving GHS700 and GHS300 respectively.

The Strategy Director for Tigo, Efuwa Quansah, was happy with the impressive levels of participation. She explained the Blue Light District was Tigo’s way of engaging both existing and potential customers through an experiential event to get a feel of the greatly improved high-speed internet.

There were thrilling performances by dancehall artistes Epixode and Jupitar.
Partners for the event included the Ghana eSports Association and Guinness Ghana Breweries Limited.