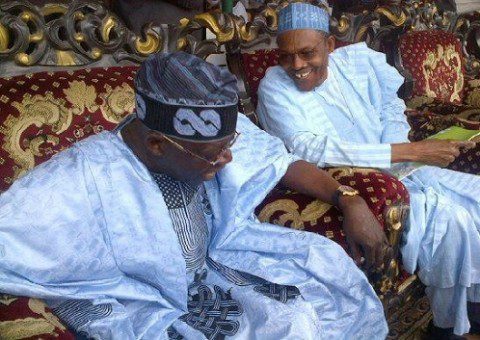 A founding leader of the All Progressives Congress (APC), Chief Tom Ikimi who recently left the party has descended on Asiwaju Bola Tinubu over his recent attack on his person, saying the former Lagos State Governor has memory problem derived from excessive consumption of drugs.

Ikimi, who said he was glad to be part and parcel of the founding of the Action Congress (AC), Action Congress of Nigeria (ACN) and the creation of the APC, while expressing surprise at the welcome home reception accorded him by PDP members and party stalwarts who in their hundreds stormed Benin Airport, described APC as a party whose leadership comprises people who engage in plotting against one another.

On the fear that he may likely sell the party to the ruling PDP, coupled with the purported betrayal of late MKO Abiola as reasons why he was denied the APC chairmanship position, the former foreign affairs minister said, ?Did I need to spend twelve years to create a party in order to sell it? I created the party, I did not join the party.

?First of all, if he has a good memory, Abiola was in SDP not in NRC. I in NRC cannot betray someone who is in PDP. Secondly I stopped being chairman of NRC in 1992. Abiola?s elections was in 1993. The National Chairman was Dr Hamed Kusamatu who was his own kinsman.

?How can I become the chairman to betray Abiola when I was not Kusamtu. Even if it was NRC, between Kusamotu and myself was Mrs Okolu. So there were two other chairmen before me. ?Now SPD went to election, the first foreign minister was Baba Gana Kingible who was his running mate. How could I have been the one who betrayed him? I did not join Abacha?s government until 1994. So, tell Bola Tinubu to get his historical facts correct?

?I have heard people talked about Abacha. Who did not work for Abacha? Who was that woman who was carrying market women to demonstrate on behalf of Abacha. So, let be very careful when pointing accusing fingers at others. ?I created the PTF. I was adviser, somebody ran the PTF. When the time comes, find out where he is now. Today they are building a lot of projects in Lagos and who is the contractor who is doing it, he is a contractor who used to work with Abacha.?

UK Universities to Probe Illegal Use of Study Drugs by Students, Work Out New Rules

Presbyterian Minister warns against usage of alcohol and drugs