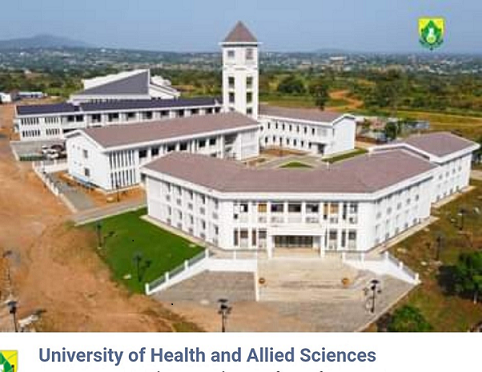 Professor John Owusu Gyapong, the Vice-Chancellor (VC) of the University of Health and Allied Sciences (UHAS), says the University would start its School of Sports and Exercise Medicine next academic year.

He said the plan for a School of Dentistry was also ongoing and would add to existing Schools and Institutes of the University.

Prof Gyapong was speaking during the University’s virtual Matriculation of 2,405 freshmen.

The VC said plans were far advanced to improve facilities on campus and build new ones.

He said two hostel facilities were completed through an internally generated fund (IGF) while the construction of a new lecture hall and consulting rooms for the School of Medicine was taking shape.

He said the agreement signed by the government to construct the School of Nursing and Midwifery and the Central administration block would materialise with works scheduled to start in March, this year.

Prof Gyapong said the development of its multi-campus at Fodome in Hohoe, South Dayi and Ho Teaching Hospital campuses was progressing steadily.

He expressed the hope that work would start on the University’s access roads after President Akufo-Addo cut the sod for its commencement.

He urged students to abide by the tenets of the Matriculation oath, explore opportunities with discipline, and excel in self-endeavours.

He reminded the students that examination malpractices would always attract the necessary sanctions.

The VC said management was doing its best to secure their safety on campus and expected students to reciprocate that by religiously pursuing academic work to justify the investments of their parents and “know that you are admitted as an individual and will graduate as an individual.”

“You are at the rightful place at the right time,” he said and urged the students to maintain the COVID-19 safety protocols at all times.

He said the University’s testing centre was available for students for free.