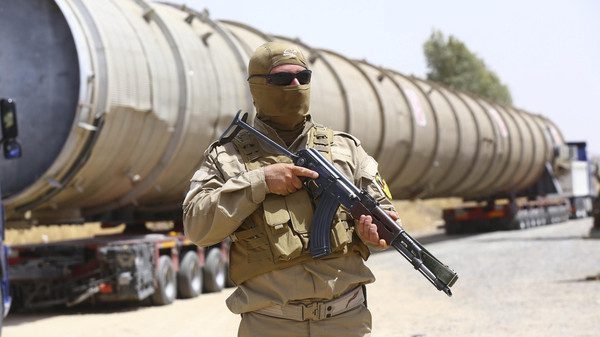 The US-led campaign of airstrikes against the Islamic State in Iraq and Syria has disrupted the organization’s oil revenues, a report by the International Energy Agency said Tuesday. The agency credited the international bombardments with “frustrating the jihadists’ ability to operate oil fields and refineries and disrupting a smuggling operation that had raked in daily revenue estimated at between 1 million and 3 million dollars.”

A crackdown on oil smuggling by Kurdish authorities in northern Iraq and the government of neighbouring Turkey was “further constricting the militants’ revenues,” the report said.

The Islamic State has been using oil to fund its campaign to establish a caliphate in the Middle East.
GNA