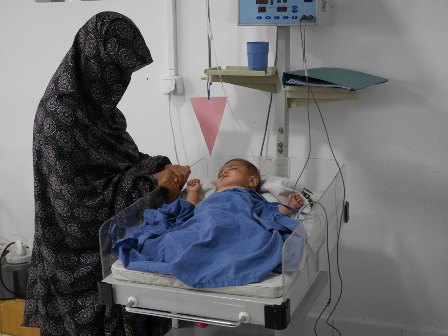 The humanitarian community in Afghanistan on Saturday appealed for 550 million U.S. dollars to support the most vulnerable people in militancy-hit country, according to the UN humanitarian agency.

“Strategic, lifesaving interventions, related to food, health care, nutrition, safe water and sanitation, will reach an estimated 5.7 million people under the 2017 Humanitarian Response Plan (HRP) for Afghanistan,” the UN Office for the Coordination of Humanitarian Affairs (OCHA) said in a statement issued here.

The persistent poverty and widespread violence also continue to disrupt access of Afghans to basic health care, with 40 percent of the population out of reach of the national health service.

“Around 6 percent, or 1.57 million people, are also severely food insecure, with 1 million children suffering from acute malnourishment,” the statement said.

“In 2017, the humanitarian community projects that 9.3 million people … will be in need of humanitarian assistance, a 13 percent increase on last year. The elevated needs are a reflection of unprecedented numbers in 2016 of people in Afghanistan who fled their homes due to conflict, at the same time as the unanticipated influx of Afghans returning suddenly from Pakistan. In 2017, the humanitarian community is planning for up to as many as one million more Afghans to return from neighboring countries, many of whom will require assistance,” it noted.

The funding is also expected to cover Afghans who will be affected by emergencies caused by conflict and natural disasters, including returnees and those internally displaced, the statement said.

“High levels of poverty, lack of livelihood and income generating opportunities, chronic health problems and the poor state of infrastructure add to the burden of natural disasters,” according to the statement.