News Ghana
Home Inside Africa Nigeria What do Igbos tell our fallen heroes? 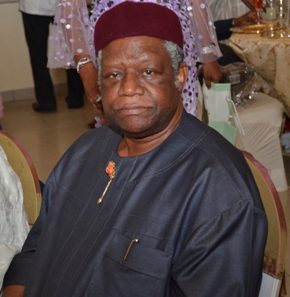 The news of Ike Omar Sanda Nwachukwu leading the Igbo delegation to the forthcoming national conference is, as expected, triggering a worldwide condemnation. Such appointment, if true, is not only the height of betrayal, it has the potential to destroy the credibility of the confab. General Ike Nwachukwu is a quintessential saboteur, whose only claim to fame is orchestrating genocide against his own people. Simply put,?while some bad may lead to good, and even as Nigeria?s main religions preach forgiveness, bestowing this honor on Nwachukwu is the moral equivalence of Christians extolling Judas Iscariot over Jesus.
?
Why is the Igbo memory so short? What do we tell our fallen heroes, who must be roaring in their graves at the nature of this appointment?an act completely rooted in selfish interests? A leader of the Igbo delegation must not be someone with questionable characters; and Ike Nwachukwu, a?Sabo, falls far short of the desired standard.
Notice that we have made this mistake of trusting General Nwachukwu?in the recent past. Lest we forget, when he was marshaled into the senate in 1999 to represent Abia North, some saw it as an opportunity to lend the perceived?wazobia?connections toward development in Igboland or even in his senatorial constituency, but he did just the opposite. ?Further,?while running for president in 2003 under NDP, a party supposedly floated by Ibrahim Babangida, Senator Nwachukwu would also boast of being able to capitalize on the inter-tribal background to gain ground, but outcome remains an embarrassing failure.
What is going on? What is the problem with Igbos?
The answer is quite simple: there seems to be no consequences for bad behavior in Igboland nowadays.?This cannot continue. This abomination of imposing the likes of Nwachukwu on the people will not (and should not) be condoned in any culture. Definitely not in Nigeria?not the North or the West! The Yourubas, for instance, have not forgiven (and may never forgive) their sons who, they believed, sabotaged?June 12?by serving in Abacha regime (e.g., Lateef Jakande, Olu Onaguruwa, Ebenezar Babatope, and so forth) let alone someone whose sabotage maimed and killed his own people.
To demonstrate that they still matter, Igbo pressure groups (particularly Ohaneze and World Igbo Congress) and?Igbo political leaders?must act quickly to stop this appointment on its tracks.
Dr. SKC Ogbonnia
Houston, Texas
Email:[email protected]firsttexasenergy.com
Disclaimer: News Ghana is not responsible for the reportage or opinions of contributors published on the website.