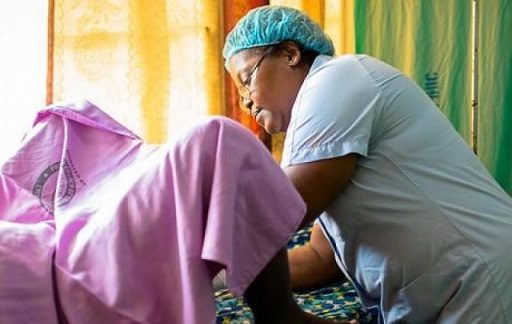 A Maternal Health promotion campaign dubbed, ‘Zero Tolerance for Preventable Maternal Deaths and Disabilities’ has been launched in Accra to improve access to quality care for pregnant women.

The campaign, launched by the Ghana Health Service (GHS) on Tuesday, would seek the public’s support to remove barriers and unfair treatments that push women and girls with unintended pregnancies to dangerous paths that lead to their untimely deaths.

Dr Patrick Kuma-Aboagye, Director General of GHS, who launched the campaign, said it would create an avenue for women with unintended pregnancies to avail themselves for the best and safest techniques for terminating unwanted pregnancies.

That, he said, would in turn save their lives and ensure a timely family planning to prevent further unintended pregnancies.

“The campaign on the theme ‘Preventable Maternal Deaths and Disabilities’ simply means that no woman or girl in Ghana engages in unsafe abortion due to social stigma or financial limitations,” the Director General, said.

He called on society to end all forms of stigma and unfair treatment against women and girls seeking abortion care.

Dr Kofi Issah, Director, Family Health Division at the GHS, said the slow decline of maternal mortality in Ghana was of great concern to the Ministry of Health, Ghana Health Service and Partners, saying, “Ghana aims to achieve the Sustainable Development Goal target of 70 deaths per 100 000 live births by 2030 among other targets through the adoption of the Universal Health Coverage agenda.”

Dr Issah said the two major causes of pregnancy and childbirth related deaths were excessive bleeding and hypertensive diseases and that interventions focused on the causes, would significantly reduce the risk of maternal deaths.

“The role of family planning in reducing preventable maternal deaths has long been identified and that justifies the new national policy of including clinical family planning methods into the NHIS minimum benefit package for women,” he said.

Dr Issah said evidence showed that nearly half of pregnancies were unintended and a significant proportion of women in their reproductive age with unintended pregnancies resorted to abortion.

He observed that unfortunately, abortion-related maternal deaths, though highly preventable, remained under-reported due to stigma.

“For fear of social embarrassment or incurring huge costs, women and girls have had to resort to undignified abortion methods or the use of obnoxious substances that could either end their lives or leave them with life-changing complications, including infertility and psychological trauma,” he said.

Naa Korkor Aedzieoyi I, Queen Mother of Adabraka, lauded the NHIS for adding family planning to its benefit package.