Politics power is a social contract that is being given to whoever seek the mandates of the people and in return expect massive developments and social transformation to the very people whose mandates was sought for and anything short of this calls for a change.

United Zongo for Bawumia with it founder Muazu Issaka a junior brother of Adams Mahama the late Upper East Regional Chairman of the NPP and the spokes person to the late Adams family is of the view that the new patriotic party (NPP) with its running mate Dr. Mahamudu Bawumia is the party that truly have the people of the Zongo at heart.

Under the eight years reign of the NPP under the commonsensible leadership of his excellency former president John Agyekum Kufour, saw massive transformation of the Zongo communities. It is under his able leadership that teachers in the Islamic schools were enrolled into the national payroll where they were given monthly salaries to encourage them in their teachings only for the NDC government to scrap it off and expunge them from the national payroll in 2009 immediately they assume power.

This is highly unacceptable and a quintessence of betrayal and bad faith. Commonsense would have informed them that the Zongos does not deserve this ill treatment from a government who get its chunk of votes from these people but that was exactly what the NDC did. We the people from the Zongo communities cannot continue to give our unflinching support to a party that is achingly insensitive to the plight of our people.

United Zongo for Bawumia is made of people from the Zongo communities who are committed to ensure that the Zongos support the candidature of Dr. Mahamudu Bawumia and the NPP who had over the years demonstrated a great zeal of sensitivity and massive support for we the people in the Zongos.

Dr. Mahamudu Bawumia is a role model for we the people in the Zongo communities and we urge all and sundry to throw our massive support in his bid to become the vice president of Ghana. We take delight in the fact that a proud son of Zongo had been elevated to that degree and we need to come out strongly to support his bid of becoming the vice president of the nation which in itself will serve as an inspiration to us all.

Together we can achieve it with the Almighty God on our side. 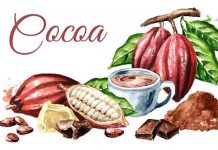