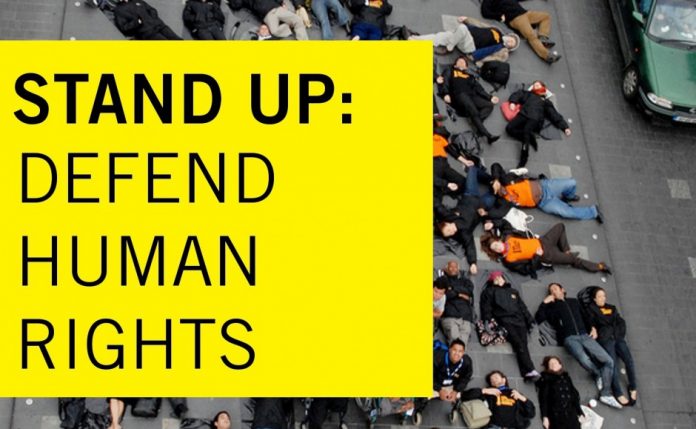 The world is confronting new realities as hitherto power bases succumb to the excessive clout they have built around themselves as communication becomes more democratized, liberalized and diversified. This unravelling extends beyond nations once considered superpowers or corporations deemed too big to fail to now encompass once assumed neutral non-governmental organization, Amnesty International that was imbued with the toga of neutrality but now proven to be partisan and compromised beyond imagination.

Amnesty International has had a good run in misleading the world. Its reports, as it likes to term them, have been pivotal in shaping a global conflict to the extent that they have been used by client colonial powers as justifications for forceful regime change in target countries, whose leaders often meet ends that rubbishes the human right façade of Amnesty International. If the gruesome end of the likes of Muammar Quaddaffi and Saddam Hussein dismissed as justified, the industrial scale slaughter that have followed the Amnesty International midwifed instability remains a blot on the soul of the world to the extent that not much has been done to consign this outdated relic of human rights monitoring to the negative column in the reckoning of history.

Perhaps, similar to countries and businesses that refused to adapt fast enough to remain relevant in a rapidly changing world where information has become readily available, Amnesty International failed to upgrade its tricks and the strategy of manufacture of dissent – whereby it uses its reports, in conjunction with its franchises to incite citizens against constituted authorities while citing violation of their rights. Oftentimes there would not have been any rights violations prior but citizens that have been incited against their countries must be managed before they hurt or kill others and the very process of containing their insurgency creates a rich picking for Amnesty International to issue reports that often threat offenders as victims and the law enforcement agencies as aggressors.

Nigeria has been on the receiving end of such questionable strategy with Amnesty International issuing reports that have at different times shored up the morale of Boko Haram terrorists, ethnic separatists, militant arsonists and even kidnappers and robbers whose rights are placed not just above those of law enforcement agents but also above the safety and wellbeing of the innocent civilian population. The NGO’s campaign of attrition knowns no bound and for this it regularly procures the collusion of local international partners to demonize critical national institutions.

While the cup of its iniquities was already overflowing to a point that several other groups had declared it persona non-grata in Nigeria, it took Amnesty International’s misstep of peddling its ware before the Presidential Investigation Panel to Review Compliance of The Armed Forces with Human Rights Obligations and Rules of Engagement for its years of deceit to finally unravel. Its several previous reports in Nigeria have now been effectively exposed to have been sham – products of witnesses, interviews, pictures and video manipulation.

Perhaps, indifferent to the trail of credibility questions and doubts about its ethical integrity, marched a crop of its so-called experts to confound the panel at it had done in too many instances across the globe. The international organization was however in for a shocker for the entire duration of the hearing. A member of the Panel at a sitting in Port Harcourt, Professor Hauwal Ibrahim challenged Amnesty International to identity the mass grave it accused the Nigerian military of burying the remains of victims of the alleged human rights abuses it has so much touted. For an organization that has done plenty of abracadabra with geo-location, coordinates and pictures of alleged mass graves of victims that challenge has been met with a deafening silence and inaction.

Instead of showing the physical grave locations, which would have proven its allegations against the military, AI only tendered more of its photoshopped pictures and professionally edited videos. Its target was apparently to dazzle members of the panel with its rehashed accounts while pointing at the pictures and videos as its only evidence.

It took no efforts for those that testified on behalf of the military to pick holes in the methodology adopted by AI in reaching what has now been proven to be its serially jaundiced reports. They easily exposed the international NGO as an ongoing sham that is out to achieve aims other than it tends to make the world believe.

As opposed to the hogwash that AI had fed the world with, an organization like the Save Humanity Advocacy Centre (SHAC) was able to present the findings of its own work in Nigeria’s crisis areas before the panel in a constructive way that offers the way forward as opposed the antagonistic approach of its international counterpart. This glaring discrepancy in the both methodology and output possibly provoked Edward Omaga of SHAC to an extent where he demanded that Amnesty International be shown the way out of Nigeria.

Not even Omaga’s harsh demand places AI in a position to call him out since SHAC paraded experts that easily trounced its line-up. In SHAC’s team were a one-time Sudanese Ambassador to the United Nations – Ambassador Lumumba D’Aping, head of Preventive Diplomacy in Geneva – David Falt, a practicing human rights lawyer in the United States and United Kingdom – Mary Johnson, Professor Shuaibu Danfulani of the University of Abuja and Dr. Ifure Ataifure of the Centre for International Strategic Studies, Abuja. It is left to be seen how AI would again cast aspersions against these persons as it had done in the past against those who dared speak out against its serial misadventures in the country.

The kind of revelations that SHAC made about the state of affairs in Nigeria’s anti-terror effort, which was a stark contrast from the erroneous impression popularized by AI, should make Amnesty International temporarily close shop in Nigeria to review its processes, standards ethics and even personnel in Nigeria. It must, and urgently so, confront all it has done wrong in sinning against Nigeria since the country is proving to be its graveyard. Unfortunately, even this saving grace will not last forever as tales of its misdeed continually spread.

Like its client states that have recently becoming victims of their own scheming, already reaping storms from the wind they sowed, Amnesty International is beginning to face its own days of reckoning. It may not necessarily implode or explode in one fireball moment; its international media partners would see to it that the right propaganda spin retains some measure of defeated respectability for it considering how it has helped them created reports to justify their campaign of calumny against targets in the past. Like its client states the recent flop in Nigeria is the start of a descent into the abyss. Could this be the end for Amnesty International?