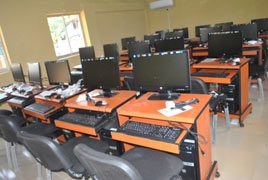 The AugusCo Past Students Union (APSU) 97 has launched its 92 Speech and Prize-Giving Day and a legacy project in Accra to support their alma mater.

The project entails the refurbishment of a modern ICT laboratory centre and an e- learning platform to aid effective and efficient teaching and learning environment in the school.

The Speech and Prize-Giving Day will be on the theme: “Redefining Educational Delivery in a Technologyical Age- The Role of St Augustine’s College”.

Mr John Allotey, Guest Speaker for the event and APSU 88, underscored the importance of technology in the current dispensation of educational system for national development.

He said the initiative by the APSU 97 was laudable because it marked a great time for innovation in the world’s educational learning, especially in the era of COVID-19.

Mr Allotey, who is also a Pharmacist, said technology had been adopted in the educational system to make teaching and learning easy, stating that the legacy project would provide a good opportunity for the school to be a leader in the digital space.

“As a nation and old students of the school, we need to support the drive and take advantage of technology to enhance our education for greater outcomes”, he said.

He said the world had become a global village and it was imperative for educational institutions to leverage on the benefits of technology to transform the country’s educational agenda.

Mr Kofi Adomakoh, the Chairman for the event and a member of APSU 84, commended APSU 97 for the brilliant initiative and called on all old students to contribute towards the realization of the project.

He stated that access to technology for educational purposes in the country would bridge the digital gap between the developed and the developing economy.

Dr John Serbe Marfo, APSU 97 said e- learning was not a choice but a must for all schools, especially in the wake of COVID-19 to meet the unforeseen changes in the world.

He said the e- learning platform would provide opportunity to digitised all the subjects and make them available to students to learn at their own comfort zone.

Mr Selom Akaba, the Convener and Committee member in charge of building project, said the initiative was part of the activities undertaken by APSU 97, including donations to the school and called for support to put a facelift to the school.

Mr Henry Arthur-Gyan, the Headmaster of the School commended APSU 97 for the gesture, saying it would motivate the student to learn harder and improve the performance of the school.