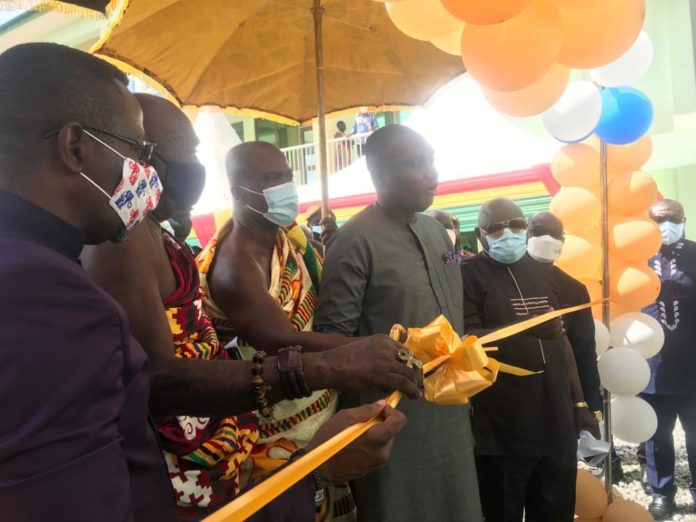 Extending the application centres to all regions, the Deputy Minister indicated, was intended to overcome the challenges accustomed to the passport application process by citizens who are in other regions aside Accra, Kumasi and Sekondi-Takoradi.

The acquisition of a passport he noted,should not be a difficult task for any Ghanaian, adding that the inauguration of the Central Regional office, was therefore necessary to curtail the stress people went through to acquire passports.

Also, the Ministry embarked on a number of initiatives to facilitate the processes of biometric passport acquisition for Ghanaians in order to minimize the bottlenecks associated to it, Mr Owiredu noted.

He mentioned the online passport application and downloadable Portable Document Format (PDF) PassportApplication Forms as part of the measures to ensure that the application process was decentralised at the convenience of the public to enhance accessibility.

He announced plans to commission passport offices each in the Upper East and Upper West Regions, while the six newly created Regions are expected to have theirs in 2021.

The Deputy Minister tasked the personnel to be professional and work dutifully to serve the interest of the people and also asked the continued support from the Regional Coordinating Council (RCC) to facilitate it work.

Mr Kwamena Duncan, the Central Regional Minister expressed delight at the opening of the centre, which he said would reduce pressure on the existing centres in Accra and Takoradi.

He said the acquisition of Passport was every Ghanaian’s constitutional right to have access and affordable passport.

Mr Duncan recounted experiences many went through to acquire passports in the Region, a situation which propelled him to lobby for a passport office in the Region.

He congratulated the Foreign Affairs Ministry for the zeal to decentralize passport acquisition and the inclusion of the Region and called on all other state institutions without offices in region to follow suit.

Odeefo Amoakwa Buadu VIII, The President of the Central Region House of Chiefs and the Paramount Chief of Breman Traditional Area, and Osabarima Kwesi Atta II, Omanhen of Oguaa Traditional Area who took turns to address the gathering extended gratitude to Government for the facility.