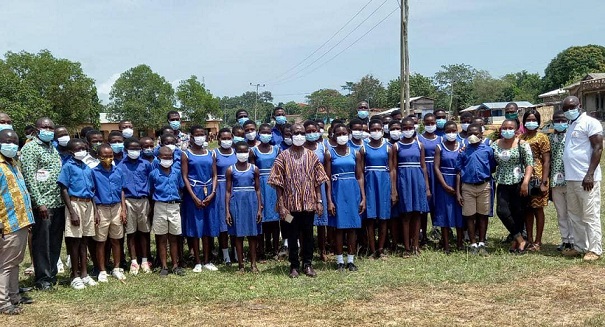 Mr Samuel Asare Akuamoah, Deputy Chairman in charge of Operations at the National Commission for Civic Education (NCCE), says the 2021 Citizenship Week celebrations is to promote national cohesion and unity.

The celebration is on the theme: “We are one, Ghana First.”

Mr Akuamoah, who addressed selected basic school pupils from the Biakoye District at Nkonya Ntumda, said the celebrations would focus on school children because “we want to catch them young.”

He said the Week celebration was to encourage the children to imbibe the seeds of patriotism, oneness and togetherness to promote national integration in line with the provisions of the constitution, which talked about religious and political tolerance as well as the oneness of the people of Ghana.

The Deputy Chairman said the Commission would also involve role models throughout the country to engage the school children so that they would impact whatever good citizenship qualities they had into them.

He said the country’s constitution had come under some threats, which included political polarization, which the Commission was fighting, adding that “we want the school children to stand up against it so that we can promote national integration.”

Mr Akuamoah said it was important that the interest of the country should supersede ethnic and tribal inclinations to enhance unity.

He said the 1992 Constitution gave citizens rights and freedoms as well as stipulated laid down rules and procedures to create a peaceful nation.

The Deputy Chairman called on the pupils to avoid and expose people who would champion division based on ethnicity, religion and tribe.

Reverend Leonard Aglomasa, Biakoye District Director, NCCE, said the Commission would continue to educate pupils in the District as part of the Week celebrations.

Engaging in activities that promotes extremism makes one extremist – NCCE