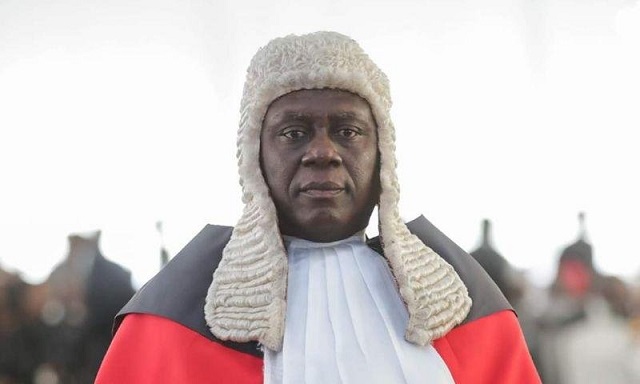 Paramount chiefs of Lolobi and Akpafu Traditional Areas in the Oti Region have petitioned the Chief Justice (CJ) to compel the courts to hear a suit brought before them in September last year, over the creation of Oti Region.

They said the suit filed on September 9, 2019, challenging the legality over the creation and subsequent “lumping” of the two traditional areas into the Oti Region had only remained on file and, was yet to receive a hearing by the court, a year after it was filed.

A joint statement issued by Nana Akoto Masakyi III, Paramount Chief of Lolobi Traditional Area and Nana Tetteh-Attu IV, Adontenhene of Akpafu Traditional Area, copied to the Ghana News Agency in Accra, said the suit pointed to the fact that the Commission of Inquiry set up to advice on the creation of new regions, acted in contravention of Article 5(2) of the 1992 Constitution, as the aforementioned communities did not and had never submitted petitions to the President demanding inclusion in a new region to be created.

It said, the creation of the region and subsequent delay of the court in hearing the challenging suit to bring finality to the case had provided “cover for all manner of ways and means maneuvers,” mostly futile; to subvert the legitimate aspirations and human rights of its people.

That included “fraudulent connivance of partisan elements with some ill-informed Ministers to officially misrepresent the status of the Paramount Chief, Nana Akoto Masakyi III in fake letters to various state agencies, certain known deviant persons, for purely mercenary ends have obliged request by scheming officials to fraudulently present themselves as chiefs of the communities, among others,” the statement added.

It said, it had also emboldened others with “dark motives to engage in impunity and myriad provocative activities to undermine the peace and stability of Lolobi and Akpafu Traditional Areas.”

“By every measure, we have been made to suffer costly, humiliating and occasionally insulting treatment unbefitting law abiding citizens making recourse to law for fair hearing and justice. Still, we refuse to lose faith in Ghana’s judiciary, the rule of law and the integrity of our democracy,” the statement said.

It added that: “this long suffering posture is a statement of confidence in the ultimate triumph of our right to self-determine our choices in administrative and geopolitical association as guaranteed under the Constitution of Ghana and enlightened universal order.”

“We humbly and earnestly appeal to you (CJ) to impress on the Courts to give us fair hearing and redeem our judicial process from being compromised for too long. We would not surrender our dignity, our heritage of peace and harmony and basic human rights as a people to ill-motivated adventurers who have no sense of history,” it said.