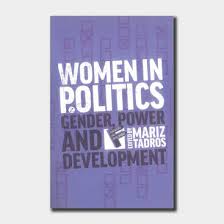 Some Civil Society Organisations (CSOs) in the country have expressed their readiness to continue to implement various strategies and interventions that would help get more women to participate and perform better in this year?s local level elections. The measures to be implemented include strengthening the capacity of female candidates to run successful campaigns, sensitizing voters in selected communities on the need to avoid gender stereotyping, and engaging with key stakeholders at the local and national levels, to support the election and appointment of more women into the district assemblies.

The CBOs made the commitments in Tamale on Tuesday at the close of the 2015 IBIS Annual Partners Forum in Tamale.

The CBOs, working to promote women?s participation and representation in the governance process, are doubling up their efforts to increase the chances of female candidates in the elections as the 2015 District Assembly Elections draw closer.

With the support of IBIS, the seven organisations have been working together under a strategic partnership to support women?s participation in the governance process, both at the local and national levels.

In a communiqu? issued in Tamale on Tuesday, the organisations claimed that the representation of women in decision-making was still abysmal at the national and local governance level, and needed the support of all to reverse the trend.

?Women?s representation in Ghana?s Parliament stands at only 10.9 per cent, a figure far below the United Nations (UN) recommended 30 per cent minimum threshold. There are only six women in a Cabinet of 20, three women on a 23-member Council of State, one out of 10 Regional Ministers, eight women out of 39 Ministers of State, and seven out of 34 Deputy Ministers,? the communique said.

?At the local governance level, from the 2010 elections data, out of 6,059 members of district assemblies, only 378 are women, representing 6.2 per cent of the total,? it emphasized.

According to the communiqu?, the organisations were also intending to engage government to reinforce its earlier directive that women should constitute 40 per cent of nominations for appointment into the district assemblies.

?More importantly, the CSOs want government to go beyond this, to ensure that 40 per cent of the appointees into each assembly are women, since that would be more meaningful and significant,? it said.

Mr Hamza Tijani, Country Director of IBIS in Ghana, said it was important for CSOs to use more innovative approaches, so as to achieve better results and also share useful reflections that would improve future interventions.

He reiterated IBIS? commitment towards supporting efforts by Ghanaian CSOs, to address the gender imbalance in various facets of national life, as well as efforts aimed at increasing accountability and transparency in the governance process.

The partners forum is organised each year to enable IBIS and the CSO partners and collaborators take stock of on-going development and advocacy interventions, review the strategies and approaches, share lessons learned and consolidate best practices.

Ghanaians urged to champion the implementation of Case Tracking System