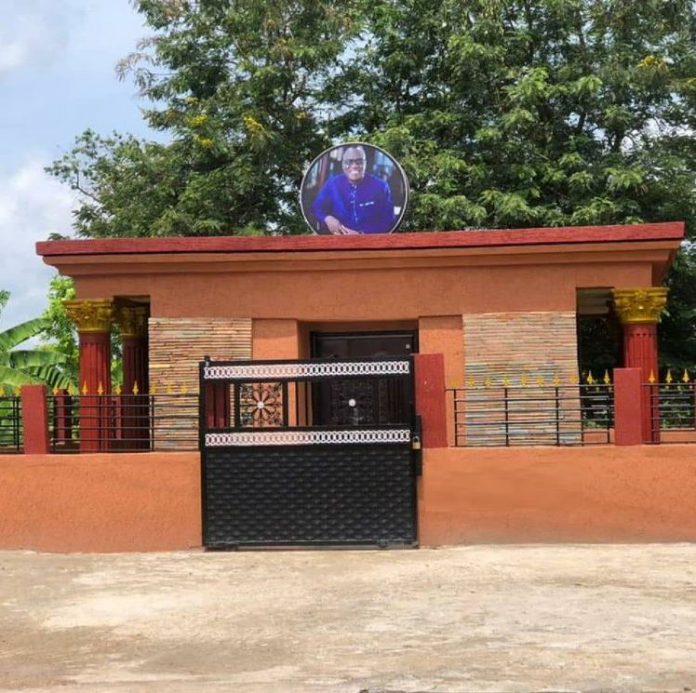 The demise of Lawyer Kwadwo Owusu Afriyie (Sir John) shocked many Ghanaians. A befitting burial was what the populace wished for him. Kwadwo Owusu Afriyie (Esq) was a Ghanaian lawyer and politician. He held several political offices including serving as General Secretary of the ruling New Patriotic Party (NPP).

He was serving as the Chief Executive Officer (CEO) of the Forestry Commission before the dreaded Covid-19 succeeded in taking him away from us on Wednesday, July 1, 2020 at the Korle Bu Teaching Hospital. It was a sad moment as individuals from various political divide expressed their heartfelt condolences to his family and Party. Sir John’s burial delayed owing to the restrictions on social gathering by His Excellency Nana Addo Dankwa Akufo-Addo as part of measures taken against spread of the Coronavirus.

However, he has been laid to rest finally. Death, they say is inevitable. As such the need to bury the dead well is paramount. Genesis 23:6 reads; Hear us, my lord: thou art a mighty Prince among us: in the choice of our sepulchres bury thy dead; none of us shall withhold from thee his sepulchre, but that thou mayest bury thy dead. The aforementined scripture is explicit on how the dead should be buried.

Lawyer Kwadwo Owusu Afriyie (Sir John) being buried in a “House” Tomb that could be likened to a 3bedroom House was needless. Besides, there are some family members of his who probably struggle in life. The money used in building that edifice could have been channelled into a foundation in his honour? That way, jobs could have been created, brilliant but needy students could have also benefited from such a scheme as well as aiding in the provision of social amenities to deprived communities within his hometown.

The time has come to avoid spending unnecessarily on the dead at the expense of the living. Care, love and affection must be shown to the living. Mind you, the dead doesn’t even see the usual fake love and care demonstrated during his burial. It was needless. Taking a critical look at Sir John’s hometown road, I realised that  leadership today is cheap. How can you possibly bury the dead in a Tomb that could be likened to someone’s 3bedroom House whereas his hometown road is in a deplorable state. Who does that?

I’m of the conviction that, Sir John isn’t happy about the way you guys went about showing him fake love. Maybe, he will begin to send a number of invites to those behind this. The same Sir John people within his party caused his defeat during the Congress that brought about a certain “fear delegates”,  is now being hailed.

Indeed, we cherish the dead.