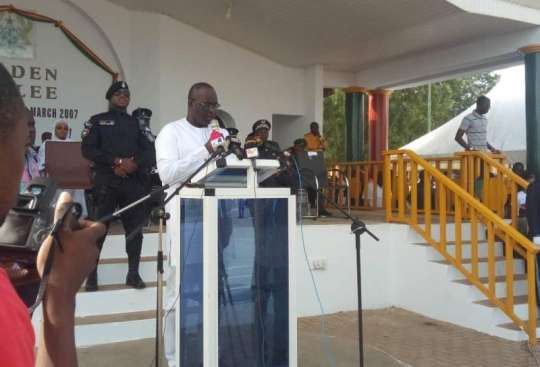 Mr. Ernest Theophilus Quist, Municipal Chief Executive for Kpando has called on parents and guardians to make the education of their children topmost priority to break poverty cycles.

Speaking at the 63rd Independence Day Anniversary on the theme “Consolidating Our Gains” in Kpando, Mr. Quist said it was the responsibility of every parent or guardian to ensure that their children received quality education to contribute to the human resource base of the country.

He admonished teachers to be wary of their roles as models to students not to influence students badly.
Madam Hilda Amegatcher, Municipal Education Director, Kpando commended the teachers and students for the organisation of the ceremony and called on the students to be focused in school for bright future.

Mr Michael Blamey, Secretary, Ghana Red Cross Society, Kpando said five people collapsed but none was fatal.
About 300 pupils and students were drawn from the various basic and second cycle schools in the Municipality for the anniversary celebration.