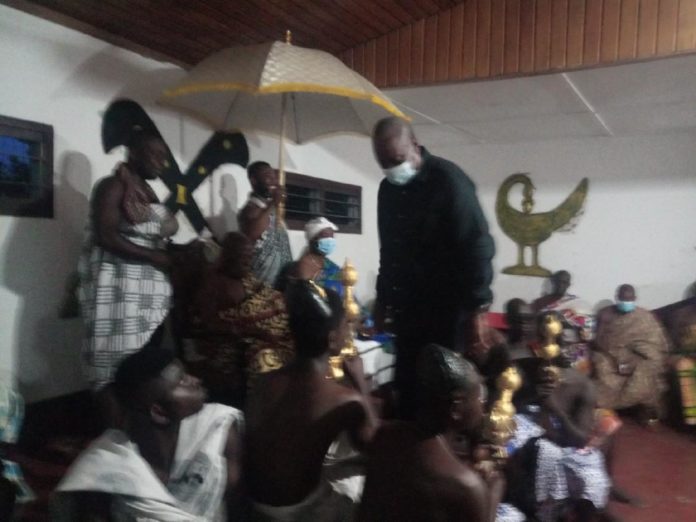 This was when Mr Mahama paid a courtesy call on him at his Palace at Agogo as part the NDC campaign tour of the Asante Akyem North Constituency of the Ashanti Region.

“I give you my blessings. I am supporting you because I have worked with you before. I have known you for a very long time,” Nana Akuoku Sarpong said.

The Omanhene recounted that he and Mr Mahama had worked together under the late former presidents Jerry John Rawlings and John Evans Atta Mills.

He said he had also worked with former President Mahama during his first term in office adding that his doors were opened to all presidential candidates.

Mr Mahama, on his part, said during the 2012 elections, he was at the Palace in Agogo and the Omanhene gave him his blessings and in the end he emerged victorious.

“However, during the 2016 elections, when I got to Agogo, the Omanhene was not around to offer me his blessings and I eventually lost the election.”

Mr Mahama expressed the hope that once Nana Akuoku Sarpong had blessed him again and with the help of God, he would emerge victorious in the December 7 polls.

He expressed gratitude to the Agogomanhene for his blessings; saying; “once we emerge victorious, we will come back to say thank you”.