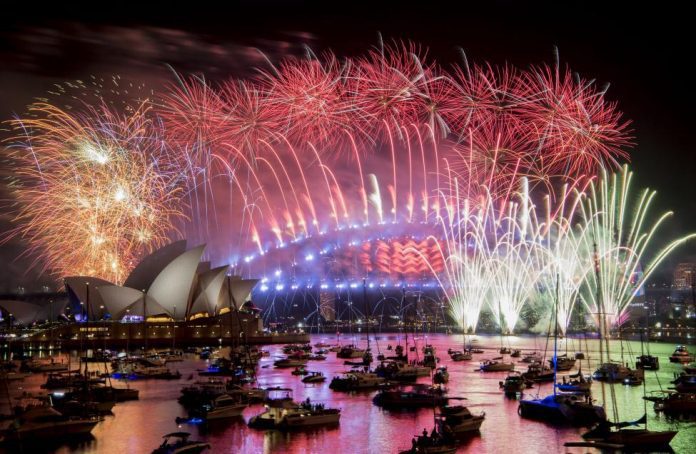 Ethiopians on Friday marked the first day of the Ethiopian New Year, as the East African country welcomed the year 2013.

The Ethiopian New Year, or Enkutatash in Amharic language, falls on September 11 (or September 12 during a leap year).

The East African nation uses a unique calendar, which counts its year seven to eight years behind the Gregorian calendar.

Presently, the country is celebrating the arrival of 2013.

Ethiopia has its own calendar with 13 months, and each of the 12 months has 30 days, while the 13th month called Pagumen has five days, which becomes six in each leap year.

Enkutatash is literally translated as “gift of jewels,” a name that derives from the story of the Queen of Sheba. According to the Bible and other ancient transcripts, the ancient queen of Ethiopia traveled to Jerusalem to meet King Solomon, and there she sent him a large quantity of gold and precious stones. Upon her return to Ethiopia, local rulers welcomed her with plentiful jewels.

Ethiopian New Year comes at the time when the heavy rainfall starts to cease, and the bright sun comes to shine over the green land, which is also covered by the golden flower known in Amharic language as “Adey Abeba”.

As it comes with change of the season, the New Year in Ethiopia is celebrated with new hope, and the people are making special preparations.

Enkutatash marks the end of the three-month rainy season, when bright autumn days return to the vastly highland nation. On the night of the eve, each household or neighbors light wooden torches in group called “chibo” to symbolize the coming of the new season of sunshine.

Steeped in the Ethiopian Orthodox Church traditions, Enkutatash celebrations usually begin with church activities. New Year church programs start some time after mid-night on the eve and last into the next morning.

The New Year brings an extended family together to attend a series of events, including the slaughtering of cattle, either a sheep, goat, or cow, depending on a household’s financial condition.

Coffee ceremony is an integral part of the celebration. The ritual of coffee serving and drinking, which can last for hours, is an important social occasion offering reunion for relatives and friends and a chance to discuss community matters while enjoying top-notch coffee.

To be invited to a coffee ceremony in an Ethiopian family is a sign of great respect.

Enkutatash is also a special day for children. They gather in groups and go from house to house — girls play the Amharic song “Abebayehugn,” meaning “I have seen flowers,” with hand drums, while boys often present pictures painted by themselves — with expectations of praise and gifts.

For children, the new attires from parents and gifts from community members are undoubtedly the most expected thing of Enkutatash.