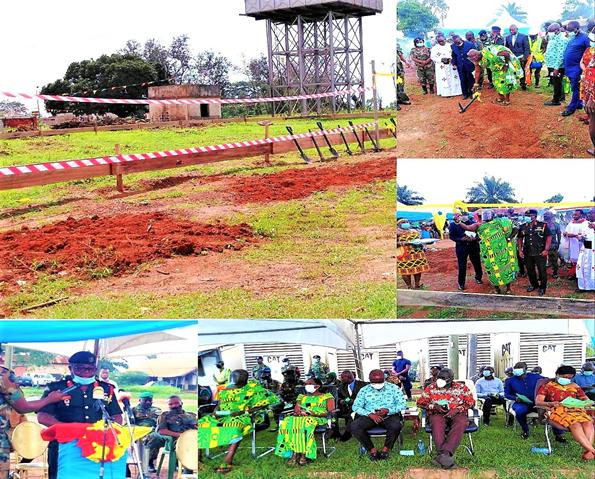 The Central Command of the Ghana Armed Forces (GAF) has cut the sod for work to commence on a 10-bedroom self-contained accommodation complex to house soldiers at the Idris Barracks, Kwadaso, in the Ashanti Region.

The facility is designed to replace some of the wooden and dilapidating structures, which currently serve as places of abode for soldiers at the Barracks.

“It is sad to note that due to the lack of accommodation most of our soldiers are living out of the barracks.

“For those living in the Barracks, the state of accommodation in which they are housed is nothing good to write home about,” Brigadier-General Joseph A. Aphour, the General Officer Commanding, Central Command, noted.

Soldiers, he said, played important role in the security of the country, therefore, the project would help boost the morale of the personnel in the discharge of their duties.

The Central Command serves as the Headquarters and also responsible for the command, control, and administration of all the military units in the Ashanti, Ahafo, Bono, and Bono-East Regions.

Brigadier-General Aphour indicated that the Idris Barracks, therefore, was the nerve centre as far as security in the three Regions was concerned.

Additionally, the Kumasi Metropolitan Assembly (KMA), Suame Municipal, Kwadaso Municipal, and Oforikrom Municipal Assemblies, whose Chief Executives were present at the sod-cutting ceremony, have also promised varied material support for the successful completion of the project.

The Office of the Amakomhene, Nana Adu Mensah Asare, who was represented at the programme, also promised to support the project.