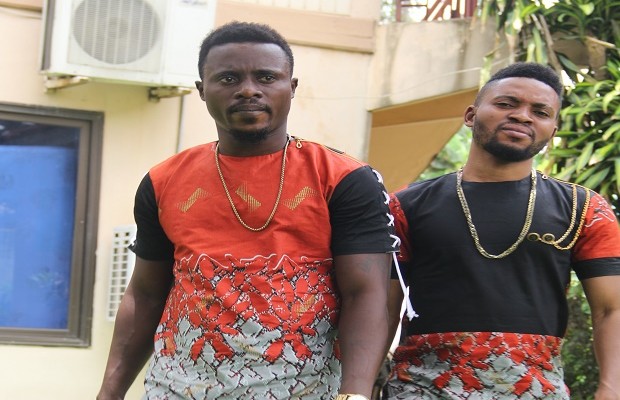 Afro-pop and Highlife music group, Galaxy, has questioned the criteria used in nominating it for the Best Group category in the 2016 Vodafone Ghana Music Awards (VGMA).

Galaxy, an Ashaiman-based music duo under the management of Habour City Records, got nominated for Best Group alongside VVIP, R2Bees, Keche and Preachers for this year’s VGMA.

The group said they submitted songs for other categories apart from Best Group and when the nominations list came out, they almost told their fans to ignore and not vote for them because they suspected foul play.

“Initially we wanted to tell our fans not to vote but we have changed our minds and we are asking them to go ahead and still vote for us because despite the disappointment, we can still win if we get the votes. We submitted other songs which could have made it to the Highlife and Afro-pop categories but the Board did not see them fit,” the group noted.

Galaxy further complained that apart from their disappointment with the nomination, the group has observed that some Ghanaian radio DJs and presenters enjoy promoting Nigerian musicians to the disadvantage of their Ghanaian counterparts.

“We also want o tell the radio DJs and presenters to play our songs and not wait for us to give them money before they play. Some are here and happily promoting the songs of Wizkid and Davido. These Nigerians come here and they do not even recognise or appreciate you. Yet you download their songs with your internet data and play for free. When it gets to a Ghanaian artiste, you ask for money. Let’s learn to support our own and push our own to the top.

“Some are also sabotaging the industry. People who are heading our music industry are the very ones sabotaging artistes. They do not want you to have gigs and performances. They go round discouraging event organisers from putting you on their shows and it makes it difficult to climb,” they stated.

They said they were into music at the underground level for over ten years until Habour City Records label signed them.

The group explained why it remained underground for close to a decade: “It is because of our style.  The market is not used to it. People generally do not want to try new things and it takes time for people to start to relate to our product. Our new track, ‘Papa Bi’, is a bit different and seems to be getting attention and very good feedback. It is doing some magic for now.

“Our management has also been strategic in building our own fan base which would eventually become our core support and strength. Eventually, when we release our album, we already have a waiting market.  We want to make the album hits all out (sic).”

The VGMA is the biggest honour in Ghana’s music sector and the grand event for the 2016 edition will come off at the Accra International Conference Centre on May 7. Each nominee will be relying on the general public, the VGMA board and the VGMA Academy to win.

The VGMA board has 30 percent voting power to determine which musicians win in the various categories.

The VGMA Academy is made up of about 50 distinguished industry players with a fair regional representation to cover the country. The 50 are drawn from all the ten regions and are usually brought together to vote under the supervision of KPMG.

It is significant to note, however, that the VGMA Most Popular Song of the Year category is entirely left to the public without any say from neither the VGMA Board nor the Academy.

Athletes to be nominated for 47th SWAG Awards