“Rules of court Committee” means the Rules of court Committee established by article 157 of this Constitution;
“Service Chiefs” includes Army Chief of Staff, Chief of Naval Staff and Chief of Air Staff;
“session” means a series of meetings of Parliament within a period of twelve months;
“sitting” includes a period during which Parliament is sitting continuously without adjournment and a period during which it is in committee;
“statutory instrument” means an instrument made, whether directly or indirectly, under a power conferred by an Act of Parliament or a Decree or a Law;
“stool” includes a skin, and the person or body of persons having control over skin land;
“stool land” includes any land or interest in, or right over, any land controlled by a stool or skin, the head of a particular community or the captain of a company, for the benefit of the subjects of that Stool or the members of that community or company; and
“treason” means treason as defined in article 19 of this Constitution.
(2) In this Constitution and in any other law –
(a) a reference to the holder of an office by the term designating his office, shall, unless the context otherwise requires, be construed as including a reference to a person for the time being lawfully acting in or performing the functions of that office;
(b) references to the power to remove a public officer from his office shall be construed, subject to clause (4) of this article, as including references to a power conferred by any law to require or permit that officer to retire from the public service.
(3) Nothing in paragraph (b) of clause (2) of this article shall be construed as conferring on any person or authority power to require a Justice of the Superior court of Judicature or the Auditor-General to retire from the public service.
(4) A power conferred by a law to permit a person to retire from the public service shall, in the case of a public officer who may be removed from office by some person or authority, other than a commission established by this Constitution, vest in the President acting in accordance with the advice of the appropriate authority.
(5) For the purposes of this Constitution and any other law, a person shall not be considered as holding a public office by reason only of the fact that he is in receipt of a pension or other similar allowance in respect of service under the Government of Ghana.

construed as including the power, exercisable in the same manner, to amend or to revoke the constitutional or statutory instrument, regulation, rules or resolution or direction as the case may be;
(e) words importing male persons include female persons and corporations.
(f) words in the singular include the plural, and words in the plural include the singular;
(g) where a word is defined, other parts of speech and tenses of that word have corresponding meanings;
(h) words directing or empowering a public officer to do any act or thing, or otherwise applying to him by the designation of his office, include his successors in office and all his deputies and all other assistants;
(i) words directing or empowering a Minister of State to do an act or a thing, or otherwise applying to him by the designation of his office, include a person acting for him, or if the office is vacant, a person designated to act in that office by or under the authority of an Act of Parliament and also his successors in office and all his deputies or other assistants;
(j) where a power is conferred or a duty is imposed on the holder of an office as such, the power may be exercised and the duty shall be performed by the person for the time being charged with the performance of the functions of that office.
298 Subject to the provisions of Chapter 25 of this Constitution, where on any matter, whether arising out of this constitution or otherwise, there is no provision, express or by necessary implication of this constitution which deals with the matter, that has arisen, Parliament shall, by an Act of Parliament, not being inconsistent with any provision of this Constitution, provide for that matter to be dealt with.
299 The transitional provisions specified in the First Schedule to this Constitution shall have effect notwithstanding anything to the contrary in this Constitution.

Toll rises as post-coup violence in Myanmar shows no sign of... 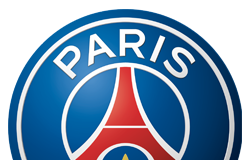 There must be trust between Electoral Commission and citizens – Prof...

The Africa Human Capital Plan: Why Investing in Women and Girls...