Religious Beliefs. Christianity, Islam, and traditional African religions claim a roughly equal number of adherents. Christians and Muslims, however, often follow some forms of indigenous practice, especially in areas that do not directly conflict with orthodox belief. Moreover, some Christian sects incorporate African elements, such as drumming, dancing, and possession.

Traditional supernatural belief differs according to ethnic group. Akan religion acknowledges many spiritual beings, including the supreme being, the earth goddess, the higher gods (abosom), the ancestors, and a host of spirits and fetishes. The ancestors are perhaps the most significant spiritual force. Each lineage reveres its important deceased members both individually and collectively. They are believed to exist in the afterlife and benefit or punish their descendants, who must pray and sacrifice to them and lead virtuous lives. Ancestral beliefs are also built into political rites, as the ancestors of the royal lineage, especially deceased kings and chiefs, serve as major foci for general public observance.

Religious Practitioners. The abosom are served by priests and priestess (akomfo), who become possessed by the god’s spirit. In this state, they are able to divine the causes of illnesses and misfortunes and to recommend sacrifices and treatments to remedy them. They have also played an important role in Akan history. Okomfo Anokye was a priest who brought down the golden stool, the embodiment of the Ashanti nation, from heaven. Lesser priests and priestesses serve the shrines of fetishes, minor spirits, and focus on cures and magic charms. Family elders also assume religious functions in their capacity as organizers of ancestral rites. Chiefs form the focus of rituals for the royal ancestors and assume sacred importance in their own right as quasi-divine beings.

Other ethnic groups also worship through the intercession of priests and chiefs. Ga observances focus on the wulomei, the priests of the ocean, inlets, and lagoons. Their prayers and sacrifices are essential for successful fishing and they serve as advisers to Ga chiefs. In the modern context, the Nai Wulomo, the chief priest, assumes national importance because of his responsibility for traditional ritual in Accra, Ghana’s capital. In the north, the tendana, priests of the earth shrines, have been the Children taking shelter from the midday heat. Located just north of the equator, Ghana has a warm, humid climate.

key figures of indigenous religion. They are responsible for making sacrifices for offenses against the earth, including murder, for rituals to maintain land productivity, and for allocating unowned land.

Rituals and Holy Places. The most important rituals revolve around the cycle of ancestral and royal observances. The main form is the adae ceremony, in which prayers are made to the ancestors through the medium of carved stools that they owned in their lifetimes. These objects are kept in a family stool house and brought out every six weeks, when libations are poured and animals sacrificed. Royal stools are afforded special attention. The adae sequence culminates in the annual odwira festival, when the first fruits of the harvest are given to the abosom and the royal ancestors in large public ceremonies lasting several days. Royal installations and funerals also assume special ritual importance and are marked by sacrifices, drumming, and dancing.

Death and the Afterlife. Death is one of the most important events in society and is marked by most ethnic groups and religions by elaborate and lengthy funeral observances that involve the whole community. People were traditionally buried beneath the floors of their houses, but this custom is now practiced only by traditional rulers, and most people are interred in cemeteries. After death, the soul joins the ancestors in the afterworld to be revered and fed by descendants within the family. Eventually the soul will be reborn within the same lineage to which it belonged in its past life. People sometimes see a resemblance to a former member in an infant and name it accordingly. They may even apply the relevant kinship term, such as mother or uncle, to the returnee.

No bail yet for caregiver held over baby’s death 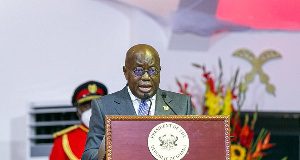 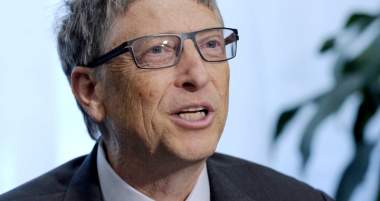 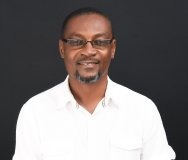