Classes and Castes. Ghana’s stratification system follows both precolonial and modern patterns. Most traditional kingdoms were divided into three hereditary classes: royals, commoners, and slaves. The royals maintained exclusive rights to fill the central offices of king and, for Akan groups, queen mother. Incumbents acquired political and economic privileges, based on state control over foreign trade. Unlike European nobilities, however, special status was given only to office-holders and not their extended families, and no special monopoly over land A busy street in Kumasi. Ghana’s urban centers are dominated by European-style buildings, a reminder of its British colonizers.

was present. Moreover, royals regularly married commoners, a consequence of a rule of lineage out-marriage. Freemen held a wide variety of rights, including unhampered control over farm land and control over subordinate political positions. Slavery occurred mainly as domestic bondage, in which a slave could command some rights, including the ability to marry a nonslave and acquire property. Slaves were also used by the state for menial work such as porterage and mining.

Slavery is no longer significant. Traditional royalties are still recognized but have been superseded by Westernized elites. Contemporary stratification is based on education and, to a lesser degree, wealth, both of which have led to significant social mobility since independence. Marked wealth differences have also emerged, but have been moderated by extended family support obligations and the communal rights that most Ghanaians hold in land. Northerners, however, form a noticeable underclass, occupying low status jobs. Bukinabe and Togolese are especially disadvantaged because, as foreigners, they cannot acquire land.

Symbols of Social Stratification. In traditional practice, kings and other hereditary officials marked their status through the use of regalia, such as umbrellas and staves, and the exclusive right to wear expensive clothing, such as kente cloth, and to consume and distribute special imported goods. In modern times, expenditure on Western consumer items has become the dominant status marker. Clothing, both expensive Western and traditional items, is an important symbol of education and wealth. Luxury cars are also significant—a Mercedes-Benz is the most dominant marker of high rank. Status must also be demonstrated in public display, especially in lavish funerals that acclaim both the deceased and their descendants.

US Ambassador to Ghana congratulates Minister for Communications and Digitalization... 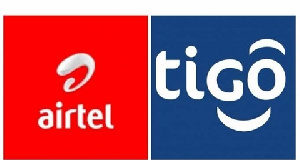 Over 1 million doses of COVID-19 vaccine administered in Nigeria