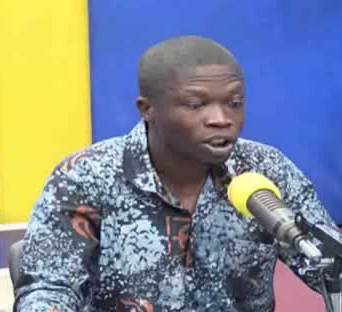 He said the massive development projects currently going on in the district were for the benefit of all, irrespective of their political affiliations.

Speaking to the Ghana News Agency in an interview at Effiduase, Mr Agyekum, said, the district assembly’s commitment to operate an open door administration and inclusive governance at the local level to pursue socio-economic infrastructural development in all communities was unquestionable.

He said since his assumption of office in 2017, he had integrated all the relevant stakeholders in the area such as traditional leaders, religious bodies, civil society groups, trade associations, among others, in the development and implementation of the various projects and programmes in the district.

This, according to him, had helped ensure transparency, accountability and the successful implementation of the projects for the benefit of the people.

Touching on infrastructural development on education, the DCE said a 12-unit classroom block and the resurfacing of the road network of the Bankoman Senior High School, was completed.

A girls’ dormitory together with a solar powered water system and sanitary facilities, had also been completed for the Dadease Agricultural senior high school.

Mr Agyekum, said the completion of the Dadease Health Centre, Special Ward for the Kumawu Polyclinic as well as Community-Based Health Planning and Services (CHPS) compound at Wonoo, toilet and mechanized boreholes at Oyoko, were some of the health, water, sanitation and hygiene interventions that were successfully completed in the area.

“Our focus as a district is not only to sustain these gains, but to ensure that we contribute to the attainment of the Sustainable Development Goals especially in the rural communities devoid of partisan politics and corruption”, he told the GNA.

“A new Police Station structure at Bodomase, new CHPS compound at Abontanso and a structure for branch operation of the Ghana Commercial Bank (GCB) at Kumawu, are the key plans by the Assembly to be initiated before this year ends”, he stated.

The DCE said a total of 3,000 seedlings of Pawpaw and 250,000 cashew seedlings have been distributed free of charge under the Planting for Export and Rural Development (PERD) to interested farmers, who were currently cultivating about 6,000 hectares of land.

“Additionally, seeds of vegetables such as pepper, lettuce and tomatoes have been freely distributed to farmers, under the planting for food and job initiative in the district”.

The assembly was also in discussion with the rice farmers in the district to establish ultra-modern rice milling centre to facilitate the processing and value-addition to guarantee sustained and improved income for farmers.

Mr Agyekum, said the achievements could not have been possible without the strategic engagement and active involvement of all relevant stakeholders on non-partisan basis.