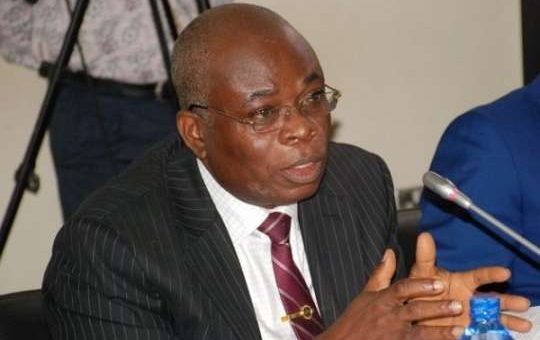 James Avedzi, the Chairman of the Public Accounts Committee (PAC) has reiterated the Committee’s determination to ensure that all public institutions, indicted by the Auditor-Generals’ Report are prosecuted.

He said previously the Committee sought to encourage indicted institutions to do the right thing, but it had realised infractions in the Report continued to persist, saying the Committee had therefore resolved to ensure institutions found culpable were made to face the full rigours of the law.

“The sanctions prescribed by the law would be recommended for those indicted entities”, Mr. Avedzi indicated in an interview with Journalists on the side-lines of the Committee’s sitting underway in Sunyani.

The PAC has commenced sittings in Sunyani, the Bono Regional capital and is considering the 2018 Auditor-General’s Report about some institutions in its six-day sitting.

It would also consider the Auditor-General’s Report on the management and utilization of the District Assemblies Common Fund (DACF) and the Internally Generated Funds (IGFs) for the same period.

About 13 public educational institutions, comprising 11 Senior High Schools and two tertiary institutions appeared before the committee for questioning on the first day of its sitting on Monday.

Mr Avedzi said though the PAC had no mandate to prosecute, it had recommended for the Attorney General to prosecute those institutions found culpable.

“On issues of procurement, anybody found culpable could serve a jail term of five years or be fined GHC30,000 or both”, he said, saying when the AG begins to prosecute offenders it would deter like-minders.

Throwing more light on the mandate of the PAC, Mr Avedzi explained there was always a year gap for the Committee’s hearing because the Report for the previous year was always ready by middle of preceding year, citing that Report for 2021 was not yet ready until June 2022.

There must be effective internal audit in public institutions – IMANI

NEIP: Is There Any Auditor-General’s Report On the Collapse NEIL Yet?