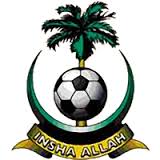 Iddrisu after failing to land a deal with Hearts of Oak joined the Bibiani-based club and is expected to star for them in their quest of sealing a qualification into the domestic top-flight.

The 25-year old goalie in the past have had stints with Obuasi Ashnati Gold and was the number one shot stopper when King Faisal got relegated two seasons ago.

“I have joined Gold Stars and it is a year deal. They are a very good side and they have an ambition of sealing a qualification to the league and it will be our utmost target,” Iddrisu told Ghanasoccernet.com

“Previously I held talks with Hearts of Oak over a possible move but it didn’t go as I planned hence my decision to join Gold Stars,” he added.