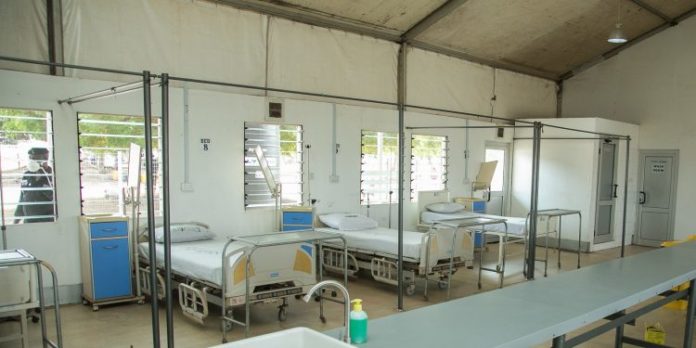 Some frontline hospital staff in self-quarantine against COVID-19 at the Upper East Regional hospital in Bolgatanga have accused the Hospital Matron, Madam Mary Kalim, for neglect.

Madam Kalim who is a Deputy Director of Nursing Services (DDNS)in the facility is also accused of being insensitive and uncaring to the plight of the staff advised by the hospital authorities to self-quarantine.

They expressed disappointment at the attitude of the DDNS to the Ghana News Agency (GNA) pleading anonymity and said she never called to find out about how they were faring, and did not show them care and compassion in their present state.

“She is the mother of nurses in the hospital. If I don’t go to work, she is able to find my phone number and call, but ever since they quarantined me, she has never called to check up on me, and I have been calling authorities to even ask for meals.”

One of the nurses in quarantine who is bitter described the attitude of the authorities at the regional hospital as unprofessional especially in handling staff who accidentally fell victim to the COVID-19, while discharging their duties at the hospital.

Another hospital staff who spoke and requested protected identity indicated that “For me, the DDNS has not called me, maybe she is yet to, but since I was confined, I have not heard from her.”

They attributed the current state of their condition to failure to wear Personal Protective Equipment (PPE), especially face masks in the facility, because they were denied, even though the facility received some PPE packages from government and donations from some philanthropic organizations in the Region.

“If we had access to PPE, I don’t think we would have found ourselves in this situation of staying away from our families and work,” another staff in quarantine whom the GNA spoke to reiterated.

At least the hospital had to advise about 100 staff who got into contact with COVID-19 cases to self-quarantine pending the outcome of their samples sent for diagnosis at various test centres.

When contacted, Madam Kalim did not deny her failure to call the victims to personally wish them speedy recovery.
She however explained that she had communicated to them through the hospital’s Administrator and their various ward Heads, and confirmed that about 100 staff of the hospital were in self-quarantine and could not get to all of them.

She particularly singled out one of the staff under quarantine and said she had not called to extend words of consolation since the staff was put under quarantine, adding that she speaks to the doctor handling the case for update.