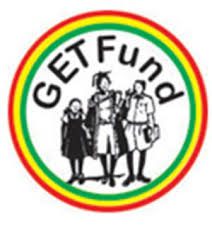 Mr. Kwasi Adu-Gyan, the Bono East Regional Minister, has expressed dissatisfaction about the slow pace of some on-going educational infrastructural projects being funded by the Ghana Education Trust Fund (GETFund) in the region.

He observed those projects particularly within some Senior High Schools (SHSs) in the region had stalled and expressed commitment to ensure contractors of such projects would return to the site for speedy completion of those projects for the purpose of providing quality education in the region.

Mr. Adu-Gyan expressed the disappointment when he went round some of the SHSs to find out how the candidates were progressing in the on-going West Africa Secondary School Certificate Examination (WASSCE) in the region.

The institutions visited by the Regional Minister included the Techiman SHS and the Our Lady of Mount Carmel Girls SHS, also in Techiman Municipality.

He said availability of infrastructure was a major tool for the progress of education to propel the overall development of the region, saying there was thus the need for stakeholders, especially the contractors on those projects to complete them on schedule as part of their contribution to developing the region and the country in general.

Mr. Adu-Gyan advised the candidates not to engage in examination malpractices to avoid the cancellation of their results, which he added could make the investments made in them by their parents and guardians useless.