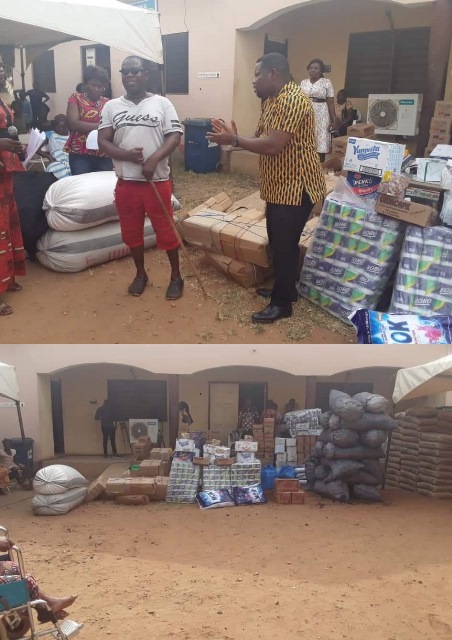 The Ningo Prampram District Assembly (NiPDA) is provided material and logistical support for local 82 Persons With Disabilities (PWDs) to set up businesses.

At a short event to hand over the startup items to the beneficiaries, Mr. Jonathan Doku, District Chief Executive (DCE) for NiPDA said cash hand outs to PWDs would be an exception rather than the rule.

He said government had decided to rather support the beneficiaries with items to start businesses based on their own request.

Mr. Doku further explained that, the donations were the third of its kind since the programme started in 2017.

Mrs. Augustina Nartey, Director of Social Welfare, NiPDA, noted that the District had about 600 registered PWDs and that the Assembly was ready to assist such persons have a meaningful live.

She explained that officers would be deployed to monitor and evaluate the beneficiaries to ensure that the items were used properly.

He informed that the laptop would assist him in his academic works.