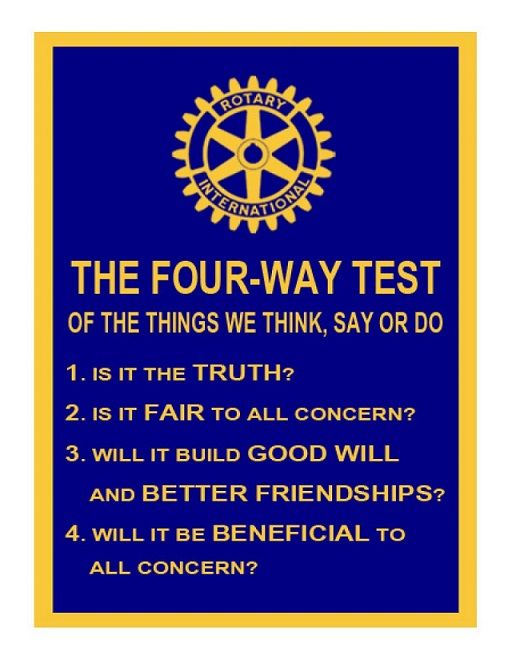 The Rotary Club of Takoradi-Anaji in the Sekondi-Takoradi Metropolis (STMA), has commissioned a billboard depicting the ‘4-Way Test’ of the Club.

The Billboard is to educate the public on its usefulness so as to embrace it for an improved society.

Past Assistant Governor (PAG) of Rotary Club, Ghana, Eugene Ofori-Atta who unveiled the billboard, indicated that the 4-Way Test was to address the declining moral issues in society and solicit chain reaction of individuals to becoming better version of themselves when observed.

The PAG said the billboard had been strategically positioned near the GNAT Regional Office area to bid farewell and welcome people into the Metropolis.

He said Rotary club has two main pillars, which were undertaking projects and fellowship.

Mr. Offori-Atta explained that every new Club was entreated to embark on a first service project upon the receipt of their Charter, stating, “It is quite refreshing to know that you have heeded to that”.

Mr Isaac Osabu Anang, Charter President of the Takoradi-Anaji Club, said the billboard was a birthday gift to the Rotary Club of Takoradi-Anaji for joining hands with some 1.2 million people around the world to provide selfless services to make life better for everyone across the globe.

According to him, since Rotary serve to save lives, the billboard would also bid travellers farewell when leaving the Western Region with the faith that one would travel safely to reduce road accidents and preserve lives and properties.

He indicated that the commissioning of the billboard marked an important milestone in the history of the Rotary Club of Takoradi-Anaji and commended the members for the success of the project.

Mr Anang added that the billboard served as an ornamental project in the age of beautifying the city as well as keeping it clean as the face of the board welcomes one to the Sekondi-Takoradi Metropolis and to the Western Region of Ghana.

“The ‘4-Way Test’ of Rotary is based on the things we think, say or do: Is it the Truth? Is it Fair to all concerned? Will it build Goodwill and Better Friendships? and Will it be Beneficial to all concerned?” 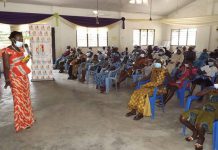