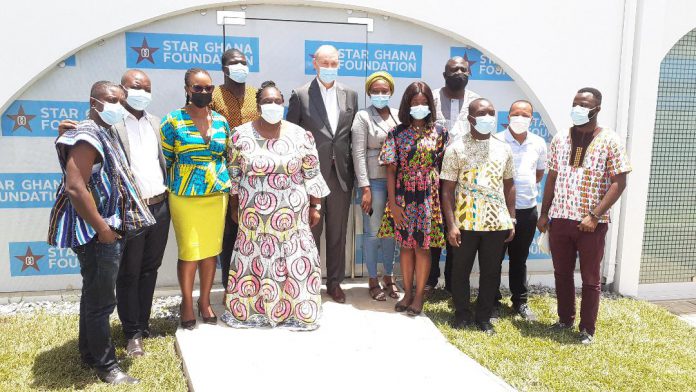 Mrs Eunice Agbenyadzi, Programmes Manager, Start Ghana Foundation, said the programme had three domains, with the first to build a sense of community among civil society actors to strengthen the demand side of the development system.

Mrs Agbenyadzi said it was expected that communities through the Civil Society Actors would be empowered to engage with actors, including government, to claim their rights to participation and access to services.

The second domain is to bring collective learning from the central domain to bear on working with key government, philanthropic and development stakeholders to press for an enabling environment for community philanthropy.

The result for this domain was to increase awareness of government and other actors on the importance of social philanthropy as well as lobby for enabling laws and regulations.

The final domain, she said, was to build on learning at the nternational level, and grow a global movement at actors committed to supporting community philanthropy as a strategy for people-led-development.

The result was to increase awareness and appreciation of strategies to raise resources and sources of potential resources with in rural and disadvantaged communities in Ghana.

She said the programme started in February with project implementation team in place and partnerships developed under domain one with first quarter report submitted.

Mr Ronald Strikker, Dutch Ambassador to Ghana, expressed satisfaction about Ghana’s progress on the programme and was confident that Ghana would meet the said objective.

He said the partnership programme was a continuation of previous ones that started from 2014 to 2020, adding that Ghana and the Netherlands had a long relationship in economic, political and human rights issues.

The Ambassador urged the civil society organizations to work with determination to bring to bear total development in targeted areas, adding that, “they are the engine to drive developmental projects in the country”.