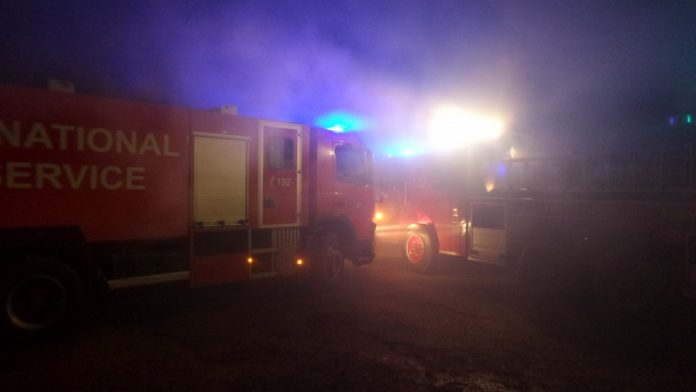 Gassing us to death slowly?

The first time I smelled gas in my bedroom, I rushed to the kitchen.

In spite of my wife’s assurances that there was no leakage on the equipment, I was not convinced and did a thorough inspection of the cylinders outside the connecting tube and the cooker.

For weeks, this continued at different times of the day.

Convinced that the gas smell did not come from our home, I spread the net wider and thought it came from one of our neighbours.

It was only when the gas smell started assailing my nostrils and lungs far from our house and those of our neighbours during my morning walk that I started suspecting an outside source.

My community leaders decided to find out the likely source.

My community platform was awash with the same complaint of the extraordinary pungent of the gas smell.

After an intensive search by the executive of our Community 18 Residents Association, it was confirmed that the gas smell came from outside our community.

Unknown to us who live in Tema Communities 16-20 south of the Accra-Tema Motorway at Lashibi, residents north of the Motorway in Trasacco Valley and its environs had made similar complaints for weeks.

Their investigation had led them to a refinery located in the general area of what used to be called “Q-Farms” north of the motorway.

First, it was our water bodies through “galamsey,” then rosewood and other species of timber, as well as ravaging our forest reserves looking for gold.

Cocoa farms have not been spared in the rampage.

As if those were not enough, now are we being given the coup de grass, or in Twi “ko fie ko wu”, literally “go home and die,” with gas?

Please, our Environmental Protection Agency (EPA) and collaborating agencies, has this come to your notice? If not, who authorised the putting up of such a structure at such great risk to our health.

Meanwhile, my Community 18 executive have taken the actions below:

A visit was made to the boss of NADMO who is a resident of the area to apprise him of the situation. Then a call was made to Tema EPA office reporting our observations.

A feedback promise was given.

Letters have been written to EPA Accra, Tema West Municipal Assembly complaining of the phenomenon.

Finally, efforts will be made, as a matter of urgency, to procure a methane gas detection instrument used in the mines, to monitor gas levels in the community.

Have we become like Esau who sold his birthright for porridge? Why do we love foreigners more than ourselves? Why do we attribute altruistic and philanthropic motives to foreigners even when the evidence points to the opposite direction?

Why do we enrich poor foreigners who enter Ghana with nothing and in no time become rich, at the expense of our lives.

We know from history that gas chambers were used in attempts to exterminate whole races.

This time however, it seems to me it is open gassing with local collaboration, but possibly with the same motive and long-term effect. Don’t our greedy state officials who give permits realise what is going on and that ultimately, they will not be spared?

Not long ago, an ambassador audaciously asked Ghanaians on TV, who gives his countrymen visas on arrival in Ghana, without his knowledge of their existence in Ghana? Again, he asked who takes his countrymen to the “galamsey” areas to pollute our waters and mow down trees in forest reserves.

Finally, how are the heavy-duty equipment brought to Ghana, and who transports them to the areas they operate in? As he confidently asked these questions, I bowed my head in shame!

The smell of gas which has assailed Community 18 and places around Trasacco Valley has been narrowed down to a refinery located north of the motorway in the general area of what used to be called “Q-Farms.

” If the EPA and relevant state agencies do not step in, we stand the risk of health problems of unimaginable consequences and gassing us slowly to death .

Nairobi, Kenya and the Council Chairman,

Ghana is prepared for any oil spill emergency – EPA

Gas Futures in Europe Up 11 Percent