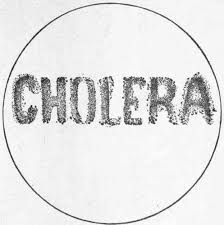 The death toll from cholera in war-torn Yemen has increased to 1,054 since April 27, with the total suspected cases reaching 151,000, the Yemeni health authorities said on Saturday in a statement published by Saba news agency.

Earlier this month, the United Nations International Children’s Emergency Fund (UNICEF) expected suspected cases could hit 130,000 in two weeks, while in last month, WHO expected they could reach 300,000 in the next six months.

The outbreak has spread fast in 20 out of 22 Yemeni governorates in just seven weeks, since April 27.

Yemen is facing total collapse as the war continues. Two thirds of the total population, around 19 million, need humanitarian and protection aid. About 10.3 million people are close to famine and 14.5 million lack access to safe drinking water.

Less than 45 percent of the country’s hospitals are operational at the moment, but even the operational ones are coping with huge challenges, on top of which is the lack of medications, medical equipment and staffs.

The blockade on Yemen, part of a Saudi-led bombing campaign launched in March 2015, has deepened the crisis in the country which used to import most of its basic needs. Enditem

Namibia arrests two in poaching of 11 rhinos in national park