Real Madrid’s Welsh international forward Gareth Bale says he would be open to returning to the Premier League but insists that so far Real Madrid have blocked his attempts to leave.

Speaking to Sky Sports while on international duty with Wales, Bale was asked about his future at the La Liga champions.

The 31-year-old’s poor relationship with Real Madrid coach Zinedine Zidane is well documented and was made clear when Zidane only used him in two of the 12 games his side played when Spanish football resumed in June after lockdown.

Photos of Bale in the stands in those games showed the forward looking bored and willing to show that boredom by appearing to be half asleep at times, knowing he would not play.

Asked whether he would be willing to return to England in the future, Bale replied, “If those options arise, it is something I’d look at for sure.”

His contract with Real Madrid runs to June 2022, but Bale has refused to rule out a move, either this summer or in January.

“We’ll see what happens; we have plenty of time in this transfer window and a couple of others as well. Time will tell,” commented the forward, who added “the decision is in Real Madrid’s hands.”

Bale added that despite apparently not being in Zidane’s plans, Madrid had stopped him moving last season.

“I tried to leave last year, but they blocked everything at the last second. It was a project I was excited for but it didn’t materialize.”

“There have been other instances where we have tried to go but the club won’t allow it, or they’ve done something. I want to play football, I am still motivated to play football, so I guess it’s on the club. They are in control of everything. I have a contract, all I can do is carry on what I am doing and hopefully something comes up,” said Bale. 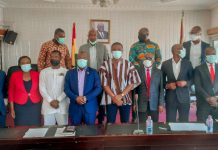