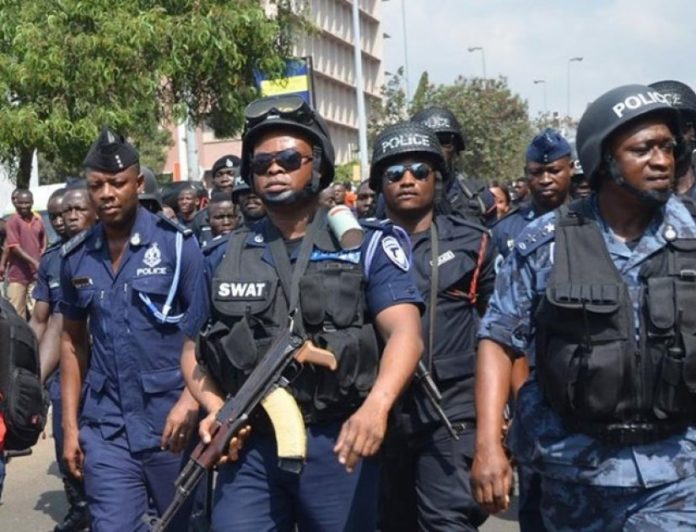 The Builsa North District Police Commander, Assistant Superintendent of Police (ASP) Francis Kwasi Amankwah has called on the media not to exaggerate information before, during and after the Presidential and Parliamentary elections.

This, he said could blow issues out of proportion and create unnecessary tension and unhealthy political atmosphere in the December 7 electoral process, and entreated journalists to avoid exaggerated reports and stick to facts.

ASP Amankwah made the call when he addressed stakeholders including; officials from the National Commission for Civic Education, the Electoral Commission, security service personnel among others at an Inter-Political Party forum at Sandema in the Upper East Region.

The forum, which was the maiden edition of the District Election Security Taskforce, offered an opportunity for executives of the various political parties and Parliamentary Candidates to familiarize themselves for effective corroboration.

The programme was also to remind stakeholders of some electoral offences and the way forward for maintenance of peace, law and order before, during and after the elections.

“We urge the media to be circumspect in their reportage. False or fake news creates disaffection, undermines credibility and integrity as well as promote unrest,” ASP Amankwah said.

He said it was critical for journalists to eschew hate speech and mischief and not encourage insults for revenge as such acts could undermine the peace and stability in the country.

The Police Commander insisted that media practitioners must report on the reality and not exaggerate, and further called on them to “Do translations as they are, but not what they think it must be.”

He urged journalists to “Go to the appropriate source for the reliable information and say it, as it is. The taskforce is keenly monitoring the activities of all social media available in the system and will not hesitate to apply electronic communication Act, 2008 Act 775 should the need be.”

All four Parliamentary Candidates including; one independent candidate, pledged to maintain the peace in the country and ensure the elections in the District would be conducted peacefully.

The New Patriotic Party (NPP) and the National Democratic Congress (NDC) the two main political parties in the area, together pledged to ensure violence-free elections.

He called for fairness in the electoral process and said if the principles and rules of the game were upheld, all players will be happy at the end of the process.

The NDC Parliamentary Candidate, Mr James Agalga, in a message delivered on his behalf by the Constituency Chairman of the Party, said the NDC was a peaceful party and would continue to adhere to the rules of peaceful elections.

He said the Constituency had over the years enjoyed peace without any incidence of violence, and advised the Builsa Community radio to continue to use their platform to preach peace and not instigate violence.