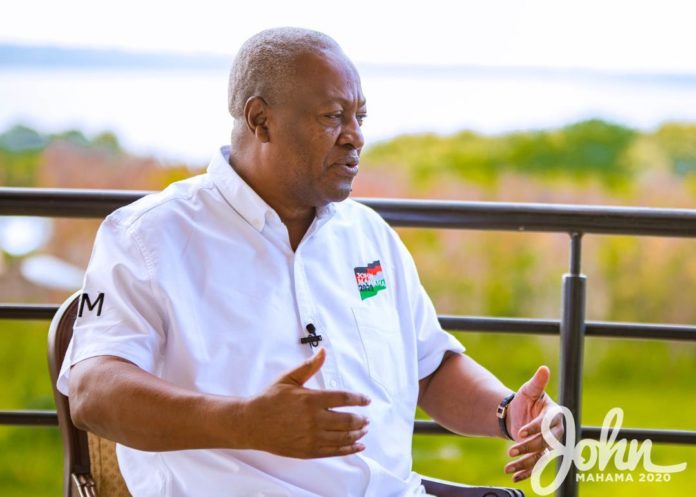 Former President and Flagbearer of the National Democratic Congress (NDC), Mr John Dramani Mahama, has assured the people of the Bibiani-Anhwiaso-Bekwai constituency that a new NDC government would revive small scale mining in the area.

He said the next NDC government would return all seized excavators and mining concessions to their owners.

“We shall use graduates of the Tarkwa School of Mines to offer technical support to small scale miners to improve upon their work to meet local and international standards, thereby giving them sustainable livelihoods. We shall also do this without discrimination to create jobs for the youth in the area,” he stated.

Mr Mahama was addressing a rally at Bibiani as part of his four-day campaign tour of the Western North Region.

The NDC flagbearer was happy about the large turnout of party supporters, describing it as “a turning point for better things to come.”

He said since the year 2008 to date, the day’s attendance and reception received by his campaign team was marvellous and highly encouraging.

Mr Mahama called on NDC members to campaign door-to-door and to carry the party’s message to the electorates to bring them back to power.

The NDC Parliamentary candidate for the area, Mr Stephen Donkor, debunked the erroneous perception by a section of the electorate that he was too quiet and reserved for the parliamentary seat.

He said when voted into office as MP, the people of Bibiani-Anhwiaso-Bekwai constituency and Ghanaians, in general, would see real development action from him.