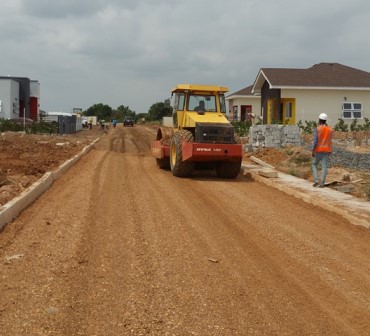 He said some 72 kilometres of “virgin roads” in the District would be opened soon by the Department of Feeder Roads, with the main Abuadi-Waya-Mafi Kumasi to Keyime to be fixed by the China Railway Group Limited.

Mr Agbodza was speaking at the inauguration of a taskforce to spearhead the 2016 Election campaign for the National Democratic Congress in the Adaklu District.

He said the Adaklu Abuadi to Kodiabe road had also been approved for construction by a local construction company and urged the electorates in the District to retain the NDC in power to complete development projects.

Mr Agbodza said the Government was also taking steps to address issues of access to potable water in the more than 70 communities and called for support from the chiefs.

He enumerated interventions by the Government in the education and health sectors and described the District as among the fastest growing in the country.

Mr Francis Ganyaglo, the Deputy Volta Regional Minister, urged the electorates to vote massively for President John Dramani Mahama and Mr Agbodza for the rapid socio-economic development of the area.